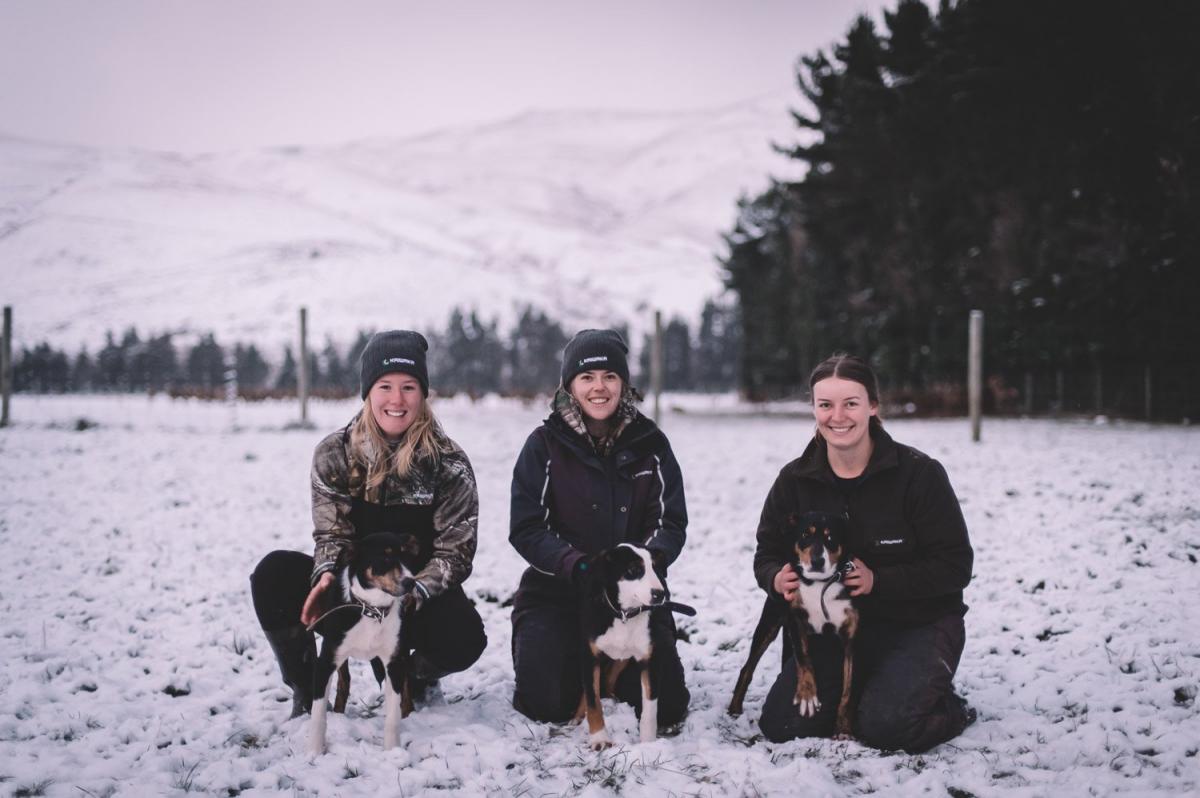 A different agricultural training institute opened in the north of Southland earlier this year. Business and rural writer Sally Rae reflects on how the Fairlight Foundation’s first year unfolded.

For the past year Emma Foss, Yvonne van Baarle and Ella Eades have been living, working and learning together.

Now they are preparing to go their separate ways by pursuing a career in the rural sector, but they will always share a common bond as the first interns of the Fairlight Foundation.

The foundation is a women-only agricultural training institute based at Fairlight Station, a 2,500 ha property near Garston, in the north of Southland, owned by Simon and Lou Wright, and Doug and Mari Harpur.

His first promotion for the 12-month program graduate at a reception at the train station this Saturday.

The foundation’s goal was to create mentors and role models in the rural industry who could then go out, influence and inspire other women.

Executive Director Laura Koot (nÃ©e Douglas) said the people behind the foundation started with aspirations for what they wanted to achieve with interns and for the industry for the long term, and came up with a mission and vision.

â€œTo be very, very honest, at this time last year, we had no idea how we were going to deliver what we created.

â€œThis entire year has been an incredible surprise with demonstrations of Kiwi ingenuity, support from the local community and industry,â€ Ms. Koot said.

In particular, she gave credit to the Fairlight team and that was in large part due to Mr. Wright who had established the culture of the property during his 17 years there.

This culture was very inclusive and patient, and that had greatly contributed to the success of this inaugural year, she said.

Station staff had not signed up to become tutors, but they were constantly asked questions about why they were doing certain things.

They had all shared their knowledge with the women and had been “incredibly patient”.

â€œI couldn’t be prouder of the Fairlight Station team and staff,â€ she said.

The second success factor for the year has been the support of the community and the industry.

“I had no idea what I was doing, I was picking up the phone, talking to someone pointing me in the right direction. People offering time, networks, sponsors joined us.”

She was grateful to those who gave of their time, whether that was by running workshops with the interns or helping her build links with industry.

As she prepared for this week’s graduation ceremony, Ms Koot said it was a “very bittersweet” feeling.

“I will miss these interns incredibly, but we did our job.”

The trio of interns were confident and “struggling hard” to take the next step in their careers.

Their confidence had improved “out of sight”, not just in their practical ability to perform farm tasks which was, no doubt, “a head and shoulders” above what they were. were on their arrival.

They could butcher a sheep, shear a sheep, and run their dogs over sheep, deer, and cattle; they had all the practical foundations they needed to shepherd.

The most exciting thing had been their development, both personally and professionally.

Ms Koot, who was delighted to welcome next year’s interns on January 10, said lessons have been learned over the past year. The inaugural trainees were “guinea pigs” and they provided regular and honest feedback which was acted upon in real time.

â€œWe have the ability to be really flexible. If they feel like they’re missing something, we realize it,â€ she said.

Miss Foss (22) grew up in Aria, King Country, and was a boarder at New Plymouth Girls’ High School before earning a degree in agricultural science at Massey University.

Before the Fairlight Foundation, she feared making mistakes in front of people – she found it “quite intimidating” to learn new skills in front of others. Still, the interns were “doomed to make mistakes” and everyone was “really good about it,” she said.

Miss Foss, who got a job with the Hayward family who own the Twin Oaks Angus stud at Te Akau in Waikato, said it was “pretty special” to be able to say that she was part of the first group of interns.

Miss van Baarle (22) grew up in Heriot, where her parents have a dairy farm, and attended Blue Mountain College until the end of grade 11, before doing her final two years at Southland Girls’ High School .

She took a year off, working a dairy goat farm in Waikato, and traveled before earning a degree in agricultural science at Massey. She also did a student exchange in the Netherlands.

The Fairlight Foundation suited her because she wanted hands-on training in mutton and beef, she said. The variety of work, with the deer too, suited him too.

It had also been good to have the experience of a property that ranged from intensive apartments to vast mountainous areas.

Miss van Baarle begins work at Stag Valley, near Lumsden, in April and will be an occasional shepherd in West Otago in the interim.

Miss Eades (25), who is in interview phase for shepherd jobs, grew up in Ohakune. Her father was a wool buyer who used to build farms and sell them on.

After leaving Whanganui City College, she was not particularly keen on studying and she lived in the UK and traveled for some time, going back and forth to New Zealand.

Ultimately deciding that she wanted to study, she obtained a Bachelor of Science degree, majoring in Animal Science, at Massey. She then worked at AsureQuality doing Mycoplasma bovis test.

Deciding that she wanted to work outside and be on farms, Miss Eades had met the Fairlight Foundation and applied for a position – “and here I am”.

Not knowing what to expect when she showed up, Miss Eades said the course had “exceeded expectations”.

â€œIt went better than I thought it would, it was awesome,â€ she said.

There had been many highlights including receiving a lead puppy to train. She had also enjoyed helping out with local dog shows.

Living and working in tight spaces hadn’t been a problem for the trio – “neither of us had any crumbs,” she laughed – and she thought they all handled the situation well.

The women all agreed that they were ready for the next step and that they shared the goal of eventually working towards management or ownership of the farm.

Ms Koot said the impending departures of the women had yet to affect the Fairlight team as it had been an “incredibly busy and action-packed year”.

â€œI feel so blessed to be in this role to be able to have such a huge impact on the lives of three women.