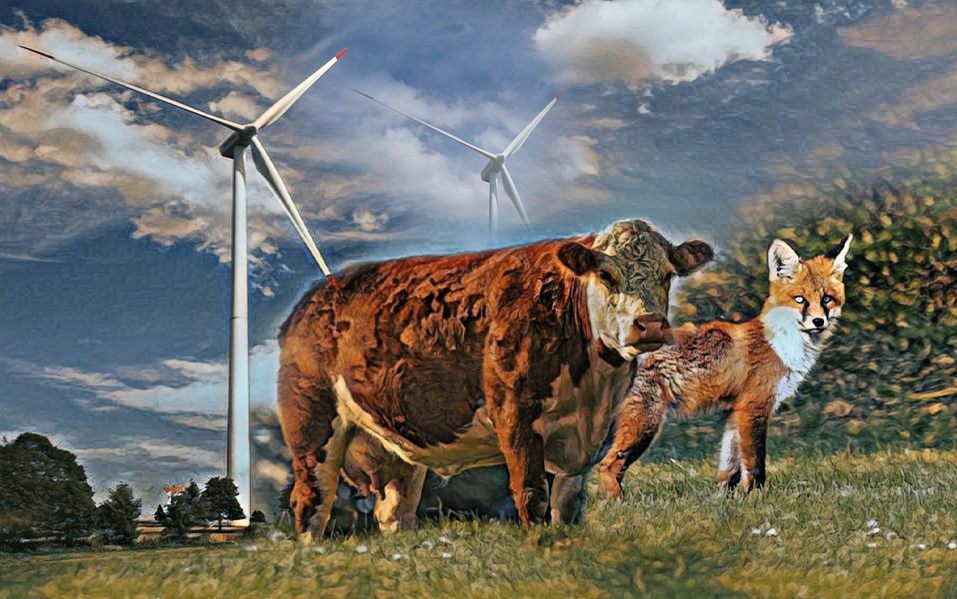 An excerpt from a report by the World Wide Fund for Nature published in October reads: “The world’s wild animal populations have fallen by an average of 69% since 1970. The staggering rate of decline is a stark warning that the rich biodiversity that sustains all life on our planet is in crisis, putting all species at risk – including us.

This shocking statistic was released in time for the Cop27 summit currently taking place in Egypt. But that’s just one statistic, and like all statistics, no matter how alarming, they fail to capture hearts and minds or truly convey urgency.

Humanity’s use and exploitation of animals in various spheres of life is controversial. Humanity throughout history has developed complex relationships with other species inhabiting this world.

Some species he almost adopts as family members and attempts to anthropomorphize them (with varying degrees of success). Others he enslaves and uses as beasts of burden or uses them for entertainment. Others he incarcerates and slaughters for food.

An interesting interview on Radio 4’s PM program recently offered a graphic example of the confused relationship humans have with animals.

A poultry farmer, now forced to keep her large flock of free-range poultry inside sheds due to the bird flu epidemic, has explained, without the slightest irony, that she will have to provide mental stimulation to the hens as they are “just as smart and affectionate as dogs”, and she described how they recognize her, greet her and jump into her lap to be petted.

Free-range factory-fed hens are normally sent to slaughterhouses when their laying capacity declines, usually within a year of life – they rarely reach two. The normal lifespan of a hen is around 10 years, although it can reach 15 years.

I couldn’t help but wonder what the poultry farmer would think of sending his one-year-old dog to the slaughterhouse.

Those that do not fall into the categories of domestic, working or livestock animals are considered wild. But falling into the wild category does not guarantee freedom from human domination and destructive activities, far from it.

Another recent report worth noting is the United Nations Environment Program (UNEP) Emissions Gap Report, which states that there is now “no credible path 1.5°C in place” – the 2015 Paris Agreement said the world must stay within the 1.5°C global temperature rise to avoid catastrophic climate change and potential collapse vital ecosystems.

UN Secretary General Antonio Guterres said in his pre-Cop27 statement that instead of 1.5°C, the world is now heading for a calamitous 2.8°C temperature rise of here the end of the century, and in his keynote speech at Cop27 he gave the chilling warning: “We’re on a highway to hell with our foot still on the accelerator.”

The UNEP report identifies that humanity’s current food systems account for a third of global carbon emissions and states that human dietary changes are essential if we are to survive – and a substantial reduction in meat and dairy production is an imperative.

Raising animals for food already occupies more than a third of the Earth’s surface and uses up to a third of freshwater supplies, making it one of the world’s most energy-intensive industries. resources.

The animal agriculture industry has been identified as one of the main causes of air pollution, deforestation, species extinction and habitat loss and zoonotic diseases such as Covid – and that’s before even if we reach “dead zones” in the oceans.

With regard to the British countryside in particular, the first thing to note is that what we call the countryside is certainly not wilderness. Our countryside is a checkerboard landscape of uniform gridded areas used for growing crops – much of which is for animal feed to produce meat. Most of the rest is also pasture for the production of meat and dairy products.

All of Britain’s forests are heavily managed and mostly small, and the wildlife that inhabit them are carefully monitored, controlled and often culled if they appear to be breeding too successfully.

A new report from the Natural History Museum says there is little room left for nature in Britain. Therefore, the most bizarre human activity, given the completely depleted state of any remaining wilderness, has to be the hunting of wild animals.

Although the Hunting Act 2004 theoretically prohibits the hunting of most wild mammals (including foxes, deer, hares and mink) with dogs in England and Wales, there are clauses and gaps. For example, the law “does not cover the use of dogs in the process of flushing out an unidentified wild mammal, nor does it affect drag hunting, where dogs are trained to follow an artificial scent.” These clauses are fully taken advantage of by established hunters wishing to continue their “sporting” activities of terrorizing wildlife.

Every year the League Against Cruel Sports and other wildlife charities receive distressing reports from members of the public of suspected illegal hunting.

These reports are not only about wild animals being hunted and killed, but also about the chaos caused by hunts crossing private and public lands on horseback leading packs of dogs, using public roads and even railroads, dogs chasing and attacking farm animals. and even kill pets. Just last week, several dogs were hit by a train and killed.

This is where the Hunt Saboteurs Association comes in. The hunt saboteurs are the good guys trying to make sure no law is broken by the hunters as they step out decked in their traditional regalia astride their equine carriage surrounded by many malnourished dogs – who have of course were well informed of the restrictions imposed by the Hunting Act.

Saboteurs track and monitor hunts, photograph and film events, and, when appropriate, submit their evidence of law breaking to the police so that the laws can be enforced. Most saboteurs report that authorities are anything but supportive or grateful to them for fulfilling their civic duty.

Here in Cornwall, where I lived for 50 years, West Cornwall Hunt Saboteurs, along with Action Against Foxhunting Cornwall and Kernow Sabs, Monitors and Animal Rights Team, are an inspiring example of wildlife advocacy. Members give an inordinate amount of their free time to preserve and protect the few wild animals we are fortunate enough to still have.

It’s a thankless task, as sabs frequently suffer verbal and physical abuse and sometimes assault from the hunter fraternity and their followers. Yet many locals often cling to the “it’s a tradition” trope and believe in the deception conveyed by the hunts that it is the sabs who engage in illegal and aggressive actions.

The reach of the privileged elite can still have a hypnotic influence on the attitudes of rural populations. But that is changing. This year alone many pubs, particularly in Cornwall, have removed their welcome mats to chase away encounters, and they now advertise themselves as ‘places without bloodsport’.

As the Cop27 summit in Egypt continues to capture the world’s attention, here at home, perhaps we can do our part to help by supporting and encouraging the one small sector of humanity that gives all he has to protect and save the small fauna that we still have left – let’s listen to him for hunting saboteurs.

A recipe for happiness | review review