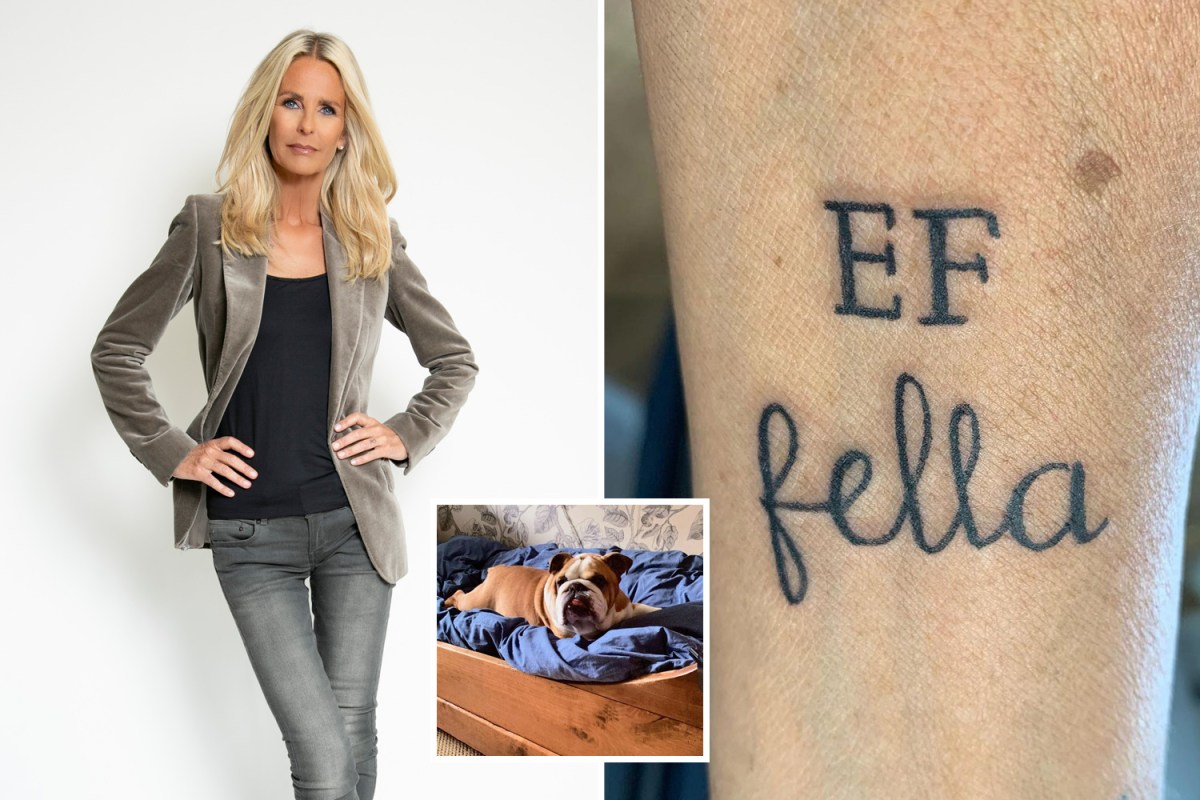 ULRIKA Jonsson has unveiled a new tribute tattoo to her beloved dog.

The host, 53, was heartbroken when her beloved dog Fella sadly passed away in March.

Ulrika explained how she initially welcomed the struggling dog before accepting him into the family for a year and a half.

The tattoo shows the initials “EF” next to the cursive writing of the name “Fella”.

She captioned the photo: “A little tribute to my boy, Fella, who I lost in March.

“I was initially encouraged by the amazing @theedwardfoundation but knew I couldn’t let him go, he was a keeper.

“A 9 year old boy who had had a pretty difficult life and had health problems.

“But I hope we gave her the best last 1.5 years of her life (with a big thank you to Clare HB at the end) despite her dementia and general madness like eating dirt and barking at walls…

“What a beautiful boy you were, Fell. My God, we loved you ️.

“(I did a few more inks today. I’ll reveal it in due course). Thanks @littlelourose.”

The star unveiled more inks earlier this year in tribute to her puppies.

One of them read: “Mother of Bullies” above a huge paw print and the name of her late dog Dexter.

She said the tattoo was “long overdue” as she playfully calls her picky dogs “bullies” on her Instagram page.

The star also corrected a tattoo to transform it from a broken heart to a filled red heart on her right ring finger.

“And a mending of my broken heart,” she wrote.

Ulrika also took the opportunity to get a piercing and showed off a new crystal nail in her upper ear.