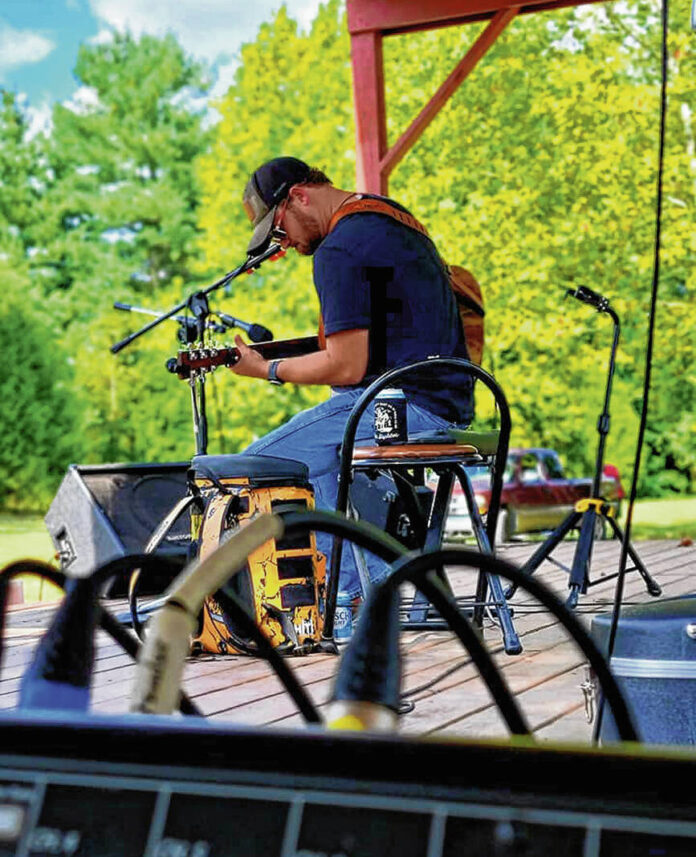 MEDORA — Free admission is the biggest innovation at this year’s KilnFest.

For the third annual event on September 17, the Medora Brick Plant and Historical Sites Inc. committee decided to refrain from selling $10 bracelets to enter the grounds, where music, food, and vendors will tour the historical site at 8202 E. County Road 425S, Medora.

“Everything else seems to be coming together and getting better every year, but we’re lacking in audiences,” said committee president Tim Reynolds. “For it to be a thing we need people and I haven’t really been happy with the crowd yet. That’s part of it, and the other part is because we got the bands for free. We can allow them that. Last year we couldn’t bring in nearly as much in ticket sales as we spent on the music and sound engineer.”

It’s thanks to John Chastain that he won’t have to pay for the music acts this year. He’s a member of one of the bands that played at KilnFest last year, and after that he approached the committee.

“He said, ‘Hey, next year if you let me, I’ll handle all the entertainment and I’ll bring my sound gear and I’ll do it for free. I’ve got enough buddies in the music deal that I can get all the bands for free,'” Reynolds said. “We said ‘Sure’.”

The lineup includes Jared Kearschner from 1pm to 3pm, Forrest Turner from 3pm to 5pm, Nanny and the Old Goats from 6pm to 8pm and Gravel Dogs from 9pm to midnight.

There will also be an acoustic campfire jam session from 8-9pm where people will have the opportunity to bring an instrument and perform.

KilnFest also features children’s games from 12pm to 3pm, including a balloon pop dart board and duck pond

The Brick Plant Grill sells hamburgers, hot dogs and grills throughout the day, Jackie Wheeler has funnel cakes and more for sale, and the Gypsy Tavern sells drinks.

There will also be on-site vendors selling crafts, baked goods and more, and the Brickworks Committee will sell $15 KilnFest t-shirts and brickworks merchandise.

“Everything is going to be the best year,” Reynolds said. “We now have 10 providers. I think we had six at most. And we have a liquor vendor, and we have a new ice cream vendor. … It’s really shaping up to be a really, really good year this year.”

Proceeds from the Brick Plant Grill, shirt sales, brick plant items, seller fees and live auctions go towards the ongoing restoration of the brick plant, which opened in 1904 as the Medora Shale Brick Co. and closed in 1992.

In 2016, a coalition was formed between the Jackson County Visitor Center, Indiana Landmarks and what was then called the Save the Medora Brick Plant. Troy Darkis, who had previously worked at the facility, was interested in donating the property to a local non-profit historical group.

Reynolds said the site has grown and the kilns cannot be seen from the road.

Save the Medora Brick Plant met monthly and had regular cleaning days. The group had the Environmental Protection Agency conduct a study and appraise the property, raising $350,000.

In late 2016, the group became a 501(c)(3) organization and became known as Medora Brick Plant and Historical Sites Inc.

Since then, the brick factory office has been restored thanks to a $6,000 grant from the Owen-Carr Township Community Fund through the Community Foundation of Jackson County.

Water and electricity were also connected. Local business Pete’s Trenching donated the labor and materials for the water, while power was restored thanks to a $5,000 Impact grant from RAB Lighting thanks to All Phase Electric Supply Co. in Seymour.

In 2020, another $6,000 grant from Owen-Carr built a stage that has since been used by KilnFest’s musicians.

Also in this year, the horse stable used as a farm building received a new roof.

“It’s going to be a museum if we can afford to put a metal building somewhere back there,” Reynolds said. “At the moment we are using the office for an office and a museum. We have a lot to do.”

In early 2021, another Owen Carr grant enabled a new roof for the engine room and a separate grant resulted in new doors and windows on the building.

That year, another grant resulted in the kitchen being electrically rewired and the dining room fitted with new lighting and industrial fans.

The building will serve as a meeting room that non-profit organizations can use free of charge and rent for events.

“Soon we’ll have to deal with going septic,” Reynolds said. “We need septic and running water before we can actually build a kitchen out of it and we’re going to economize on grants and get kitchen appliances and stuff like that and we’re going to be able to think about our own bathrooms instead of using portapots all the time .”

Reynolds said the committee has received nearly $50,000 in local grants since 2017.

“I’m really proud of that,” he said. “We could do that with $6,000, $7,000 grants all at once, even some $1,000 grants. I am very proud of the support we have received from various people and the commitment we have had from the core group (the committee). … With the improvements and every historical stone that’s a dollar amount, I would say it’s a half-million dollar non-profit at this point, and I’m proud of that, too.”

The major project is to restore the 11 domed furnaces and six chimneys on the 6-acre property to make the site a tourist attraction. The kilns need attention inside and out, and the chimneys are in a crumbling state.

Fleeta Arthur of Freetown continues to volunteer to gather information to place the brickworks on the National Register of Historic Places.

“The point is we want to be on the register and KilnFest is to help build a bank account so we can get the appropriate grants to do the real work and do the important stuff. That keeps the kilns and chimneys from falling down,” Reynolds said. “We’re still trying to save the Medora brick factory.”

The committee’s goal has always been to raise $5,000 annually for KilnFest. To date, they haven’t surpassed the $3,000 mark in a year.

“We wanted to get there within three to five years, and this is our third year,” Reynolds said. “I think we have a chance this year. I really do.”

Anna Gosling: Speak up for dogs and against puppy mills | Letters