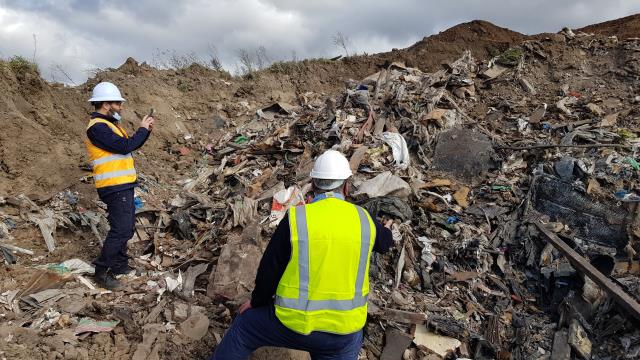 The victims of the dump received another blow

Residents of Kealba surrounding the Barro landfill underground fires have received another blow as the community was recently made aware of the Environmental Protection Authority’s decision to withdraw its objection to the landfill.

A monthly community forum hosted by Barro Group on March 4 broke the news to residents who were stunned and frustrated by the EPA’s decision.

The Barro landfill has seen localized fires underground for nearly two and a half years, causing bad smells for residents, who are unaware of what is being burned and polluted in the air.

Anna Jezierksi, a member of the Brimbank Community Against Barro Landfill group, said it was infuriating to hear the EPA withdraw its objection to a dump that caused significant community problems.

“We are so frustrated that there is absolutely no communication with the EPA,” said Ms Jezierksi, who lives 200 meters from the Barro landfill.

After learning of the EPA’s withdrawal, Ms Jezierksi emailed the EPA for responses and they responded saying they would try to arrange a meeting for the community to provide further information. .

Problems stemming from the burning landfill have caused ongoing problems for nearby residents.

“It was November 2019 when we first noticed the smell and since then it’s been almost daily,” she said.

“For me personally, I have headaches and nausea.

“We can’t go out, open the windows, open the doors because of the smell itself.

When asked what her message to the EPA would be, Ms. Jezierksi replied:

“First, establish some kind of communication with your community.

“Secondly, it is their responsibility and their job to protect the community and the environment, and they have done none of these things in relation to this issue.

“We have absolutely no idea what’s going on, where the EPA stands on the matter.

“And we have no idea what the EPA intends to do and whether it intends to include the community in any sort of communication going forward.

“My main goal is for the EPA to stand up and take responsibility for what happened there and recognize that having the landfill 80 yards from homes is not acceptable.

“And now that the Barro Group has actually shown that they can’t handle a landfill at all, because of four burning hotspots of their landfill, their license should be revoked and that land should be used for a different purpose because they shouldn’t be here.”

When asked if she thinks the EPA understands the implications of the landfill burning underground:

“I don’t think they do it at all, they haven’t done anything for the community in terms of not only physical health but also mental health.

“During the confinements, you had a radius of five kilometers, we could not go anywhere.

“We literally couldn’t get into our backyard because that was how bad the smell was.

“I didn’t want my children to be in the garden.

“I couldn’t air the house after a hot day.

“I didn’t want my dog ​​outside because I have no idea what’s burning there.

“And that’s the other thing, they don’t really know what’s burning.”

When asked if she noticed an improvement in the smell overall, she replied:

Ms Jezierksi admitted that it takes time to put out spot fires underground because digging the landfill creates more odors as the fire intensifies, although she made it clear that the waiting time is not was not acceptable to put out the fire.

“The problem is that the landfill is so close to the residents that they obviously had to exercise caution,” she said.

“They couldn’t dig it all up at once because they didn’t really know the size of the hotspots.

“I know they had to take their time, but two and a half years later is not enough.

“And actually, I don’t know if the EPA is asking them to improve anything.”