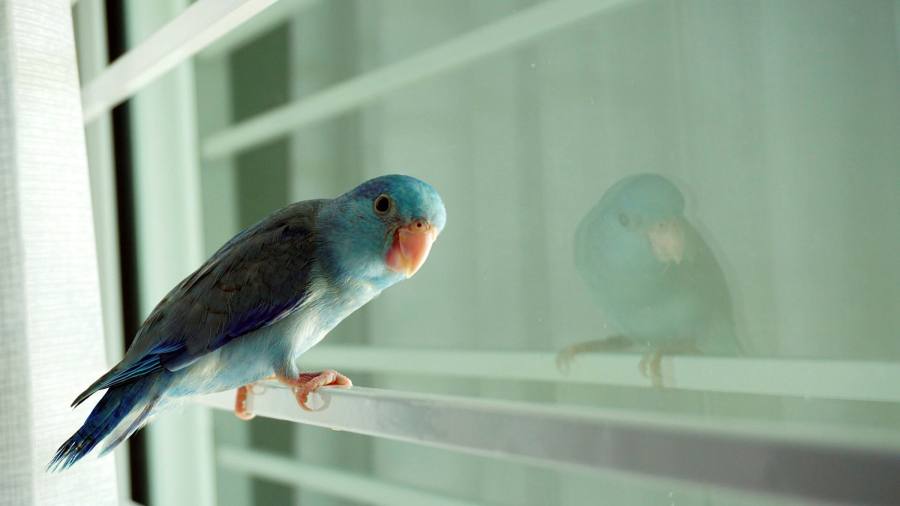 The parrot in the mirror – our similarity to our feathered friends

Are humans birds? No. Are humans like birds? Again, the answer seems to be clearly no. We don’t fly, have no feathers, or lay eggs. We are not descended from dinosaurs.

But behavioral ecologist Antone Martinho-Truswell wants to play with our preconceptions. “Our longevity, our breeding, our brain, our social life and our communication are much more like those of birds than those of other mammals,” he wrote in his first book. The parrot in the mirror.

It’s a story of convergent evolution, where distant species develop similar traits. Martinho-Truswell points out that birds and mammals are warm-blooded, even though their last common ancestor – “essentially” a reptile that died 320 million years ago – was cold-blooded. Warmblood evolved twice, independently.

Likewise, primates have developed good color vision. This distinguishes them from most mammals, which, being nocturnal, rely on other senses, and likens them to birds, which can see colors and ultraviolet light.

Japanese scavenger crows designed traffic lights so they could place nuts in front of waiting cars, which would then crack the nuts.

Martinho-Truswell’s most intriguing parallels concern the rhythm of our lives. Large mammals tend to live longer, but humans are out of whack: we live longer than elephants and gorillas, which are much bigger than us. We could fit in better among birds, whose longevity is less predictable (mute swans can live up to 70 years). Additionally, most mammals are not monogamous, with males often leaving after mating. But most birds are monogamous, seasonal or for life, making them more like humans. “While a male mammal can do relatively little to help raise its offspring, a male bird can do almost anything the female can do,” says Martinho-Truswell.

Regarding intelligence, various studies show that corvids and parrots can use and build tools about as skillfully as primates. Japanese scavenger crows designed traffic lights so they could place nuts in front of waiting cars, which would then open the nuts. Overall, says Martinho-Truswell, birds are “perhaps more consistently intelligent than any other similarly diverse group of animals.”

Despite its title, the book waits until the end to address parrots, those intelligent creatures that spilled out of Africa 50 minutes before humans. Alex, an African gray parrot who died in 2007, was “the first known non-human to ask a question”. But it’s not just their language skills. Martinho-Truswell reports that the smartest birds see the value of grudges: If you start feeding wild cockatoos and then stop, the birds will “pour out their wrath on your home,” including ripping out the deck. Aussies beware.

This is a short book written in an easy-to-read style. However, before we start flapping and building nests, there is more evidence of behaviors and emotions common to humans and our closest relatives – like chimpanzees and bonobos – than to humans and to birds. A skeptic would say Martinho-Truswell’s book is a selective exercise in showing that humans are more like some birds than some mammals in some ways.

However, The parrot in the mirror is smart, fun, and emphasizes the continuity between humans and what used to be called “stupid bullies.” Previous books have drawn attention to how many of our emotions we share with other mammals and how much of our biology we share with fish. The movie 2020 My octopus teacher hints at our potential to bond with the most intelligent molluscs. Even bumblebees have been shown to learn from each other beyond simple mimicry, just as some birds and mammals can. Society is willing to think less about what makes humans unique and more about what makes other animals like us.

What are the implications of feeling close to birds? Martinho-Truswell, ornithologist and researcher, suggests that “we see ourselves in birds” and that helps explain our interest in them. May be. In my experience, birders appreciate the appearance of birds, not their inner life. We certainly don’t see ourselves in chickens, of which we kill around 50 billion each year.

Should we look for more birds to be our companions, like dogs and cats? Let’s hope not: as Martinho-Truswell notes, a cockatoo is “a crazy pet to keep,” being loud and powerful. Many parrots kept by humans lack space and companionship to thrive. The parrot in the mirror reminds us that wonder exists far beyond our own species. This may inspire us to conserve birds in the wild and treat those in captivity better.

The parrot in the mirror: How Evolving To Be Like Birds Made Us Human by Antone Martinho-Truswell, Oxford University Press, £18.99, 224 pages

Poodles are growing in popularity, but Labs remain the #1 dog breed in the United States | Lifestyles