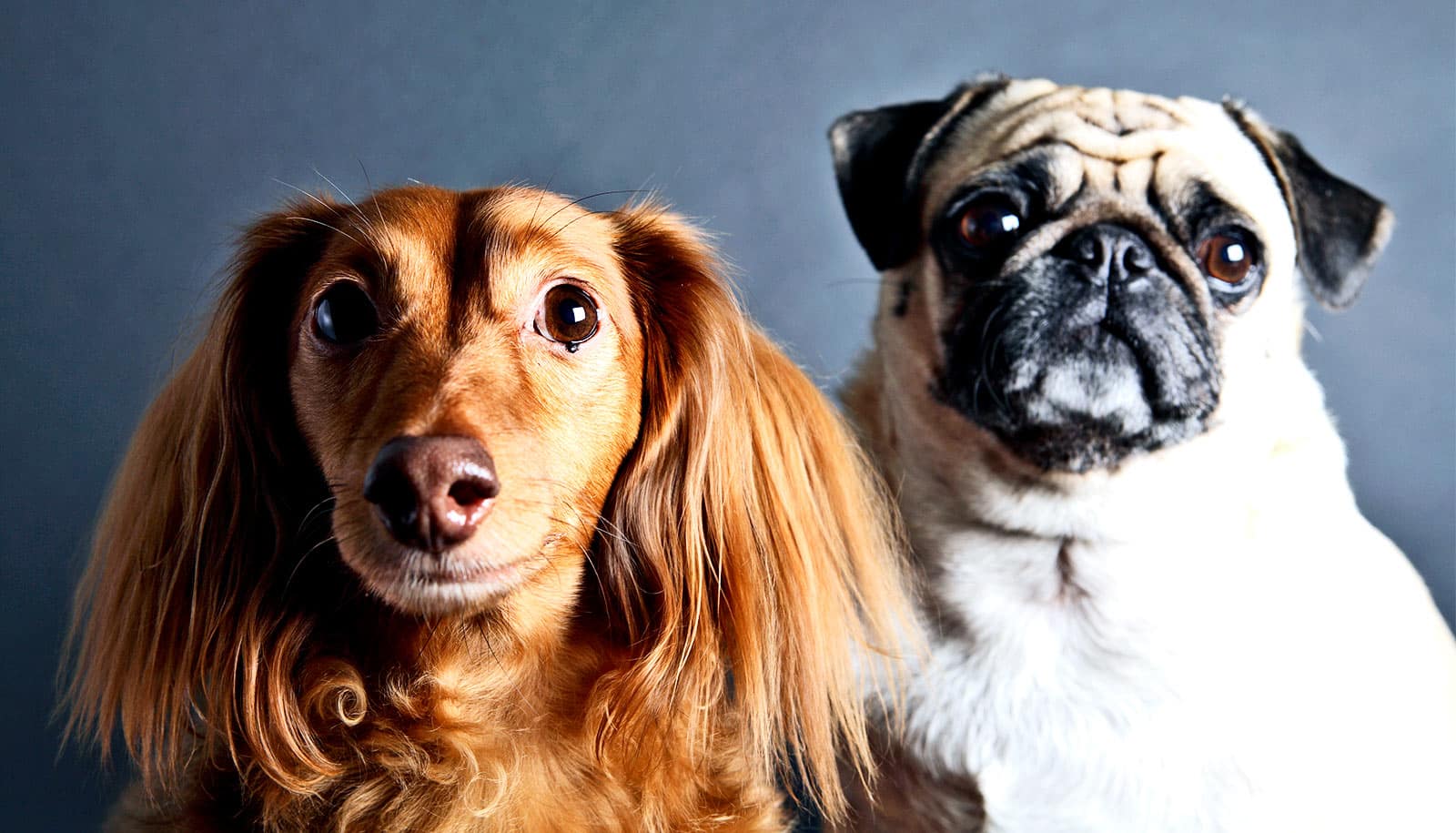 You are free to share this article under the Attribution 4.0 International license.

The majority of dog breeds are heavily inbred, which contributes to increased disease and health care costs throughout their lives, according to a new study.

Dogs are often recognized for their distinctive features: the short legs of a Dachshund, the wrinkled face of a pug, the spotted coat of a Dalmatian. Unfortunately, the genetics that give various breeds their particular attributes are often the result of inbreeding.

“It’s amazing how important inbreeding appears to be for health,” says Danika Bannasch, a veterinary geneticist at the University of California at Davis and lead author of the study in the journal. Canine medicine and genetics.

â€œWhile previous studies have shown that small dogs live longer than large dogs, no one had previously reported morbidity or the presence of disease. This study found that if dogs are small in size and not inbred, they are much healthier than larger dogs with high inbreeding.

Inbreeding affects the health of the dog

The average inbreeding based on genetic analysis of 227 breeds was close to 25%, the equivalent of sharing the same genetic material with a full sibling.

These are levels considered to be well above what would be safe for humans or wildlife populations. In humans, high levels of inbreeding (3-6%) have been associated with an increased prevalence of complex diseases as well as other conditions.

“Data from other species, combined with the breed’s strong predispositions to complex diseases like cancer and autoimmune diseases, highlights the relevance of high inbreeding in dogs to their health,” Bannasch explains. , who also holds a chair of genetics at the UC Davis School of Veterinary Medicine. .

So what makes one dog breed more inbred than others? Bannasch says it’s often a combination of a small founding population followed by strong selection for particular traits of a breed, often based on appearance rather than purpose.

While she has always been interested in the population structure of some of these breeds, Bannasch was particularly interested in the Danish-Swedish farm dog several years ago. She fell in love with their compact size, disposition and intelligence, and ended up importing one from Sweden.

Bannasch discovered that Danish-Swedish farm dogs have a low level of inbreeding based on their history of a relatively large founder population of 200 and being bred for function, rather than strong artificial selection for l ‘appearance.

And according to breed health insurance data collected from Agria Insurance Sweden and hosted online by the International Partnership for Dogs, the farm dog is one of the healthiest breeds.

Ultimately, Bannasch says she isn’t sure there is a way out of inbred races. People have recognized that creating matches based solely on pedigrees is misleading. Inbreeding calculators don’t go far enough into a dog’s genetic lineage, and this method does not improve the population’s overall high inbreeding levels.

There are other steps that can be taken to preserve the genetic diversity and health of a breed, she says. They include careful management of breeding populations to avoid further loss of existing genetic diversity, through education of breeders and monitoring of inbreeding levels enabled by direct genotyping technologies.

Crossbreeds are proposed or have already been made for certain breeds and conditions to increase genetic diversity, but care must be taken to determine whether these will effectively increase overall racial diversity and therefore reduce inbreeding, Bannasch says. In particular, in the few breeds with a low level of inbreeding, everything must be done to maintain the genetic diversity present.