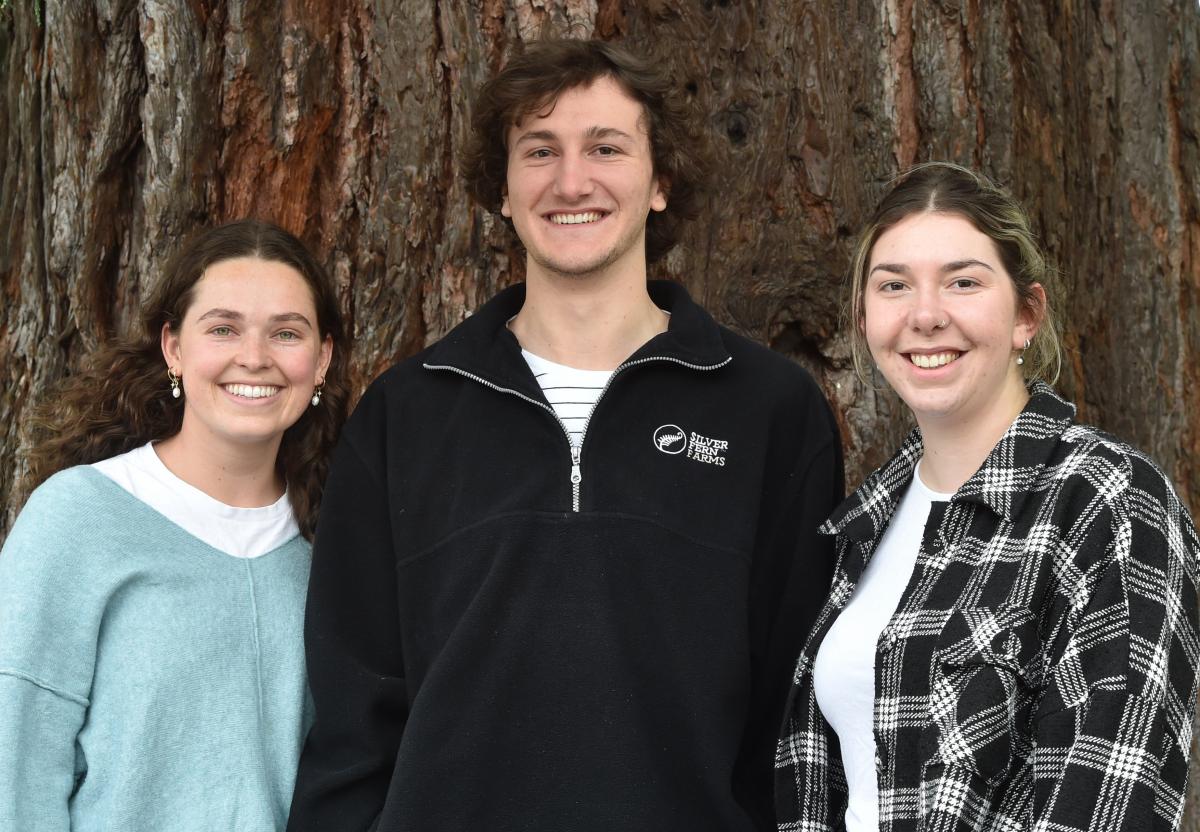 By Demarcus A. McMillan Last updated Oct 13, 2022
Share
“I want to save the world through agriculture.”

It’s a line that Claire Booker, a student at the University of Otago, jotted down during a personal development project and it has remained her passion.

“Save the planet with farmers? Why not?” she said succinctly.

Ms Booker (21) acknowledged that this was an ambitious goal, and something that would not necessarily be achieved in her lifetime, but she saw many opportunities in the agricultural sector.

She was proud to be part of the first cohort of agricultural innovation students who will soon be graduating from the University of Otago.

The program, an applied science major, began in 2019 in response to changes in the agricultural industry.

It has been designed to focus student learning on key issues and the innovation solutions needed to support the future of the industry, as well as developing leaders to drive it forward.

Originally from North Canterbury, Ms Booker’s family moved to a sheep and beef farm in Kaikoura, six months before the earthquakes hit the area, where her father John has a Corriedale sheep farm. Her favorite place was being in the hills with dogs.

She took a year off after completing her studies, then studied media communication at the polytechnic before working for six months at the Christchurch Star.

Unsure of what to study in college, she first thought of Lincoln from an agricultural perspective, but then was “sort of drawn to a shiny new degree and the sustainable side of things” in Otago.

Mrs. Booker loved the practicality of farming and the lifestyle it offered.

“I just think I connect really well with the people on the farm. I like being outdoors and I like having a lot of space but also being able to do physical work and have accomplishments to the end of the day.”

Then there was the technical science behind it all and the ability to go back to the original farm and use what she had learned and “understand it a little better”.

Laughingly describing herself as quite vocal, Ms Booker said speakers had been very receptive to feedback.

She had also appreciated the guest speakers, saying it was hard to take notes “when you’re so interested and listening to someone so passionate.”

There were so many job opportunities in the agricultural industry.

While there was sometimes pressure for people from agricultural backgrounds to take over the family farm, there was so much more to it, she said.

As for her own plans, she would eventually like a chance to run the farm in partnership with her father.

But before that, she wanted to make a career.

She got a job with Silver Fern Farms in Dunedin, working in sustainability and risk, as part of the company’s three-year postgraduate program.

She was one of two successful candidates in a field of over 150.

“I’m really excited to get started…they have some really exciting initiatives going on. I can’t wait,” she said.

Connie Searle (22) grew up on a farm in North Otago and has always loved helping out on the farm.

She never studied agriculture in high school, but she did study biology and chemistry which were “building blocks” of applied science agriculture.

She loved food technology in school and during her freshman year in college studied food science.

It was in her second year that the agricultural innovation course came out and she already met the prerequisites.

She then decided to double major in food science, with the two pairing well.

Having previously only experienced agriculture down to the farm, learning about the sector through the entire supply chain to the consumer was an eye-opener.

A “huge” range of topics were covered, including genetics and breeding, soil, growing apples and kiwis and even the history of New Zealand agriculture.

A field trip to a medicinal cannabis operation, in its proof-of-concept phase, had been a highlight.

Ms Searle thought the program would only grow in popularity, saying the time was perfect for it – with what was happening in the wider sector – and because it fit so well with so many degrees.

“New Zealand is such an agriculture-focused country. I think a lot of employers see it as a good thing to have under their belt. Employers were quite intrigued by what we learned in this degree,” she said.

The following year, she enrolled in Fonterra’s technical graduate program, followed by a master’s degree in dairy science.

From Kerikeri, Archie White (21) came south to college ‘on a whim’. He had no defined career path at the time, but had always cared about the environment.

The agricultural innovation course appealed to him and he liked the fact that it was new.

Initially, not knowing what to expect, it had been a learning curve, he said.

He had appreciated the opportunity to speak with lecturers, due to the small class sizes, and he believed the course would only improve as it became more refined.

Now looking for a job, Mr White said he wanted to do something related to agriculture, but more on the environmental sustainability side.

All three were members of the newly created Dunedin Young Farmers Club, which met on the second Wednesday of each month in Ombrellos, usually at 6 p.m.

About 25 and 30 people attended the meetings and there were always new faces, they said.

Professor Craig Bunt, Otago’s first professor of agricultural innovation, said the program had great support and it was exciting to see such enthusiastic and passionate students.

“They are great thinkers,” he said.

With what was happening in the industry, such as He Waka Eke Noa and climate change, all of these issues had been incorporated directly into the course.

It was innovation that would help find solutions.

This generated a lot of discussion with students considering going from a minor to a major and many were discussing the course with their classmates and roommates.

The intergalactic dog war – Dogelian VS Shiba Inu and Dogecoin.

Short-lived dogs 2022: Here are the 10 adorable dog breeds that live the shortest lives on average – including the gorgeous Bernese Mountain Dog 🐕