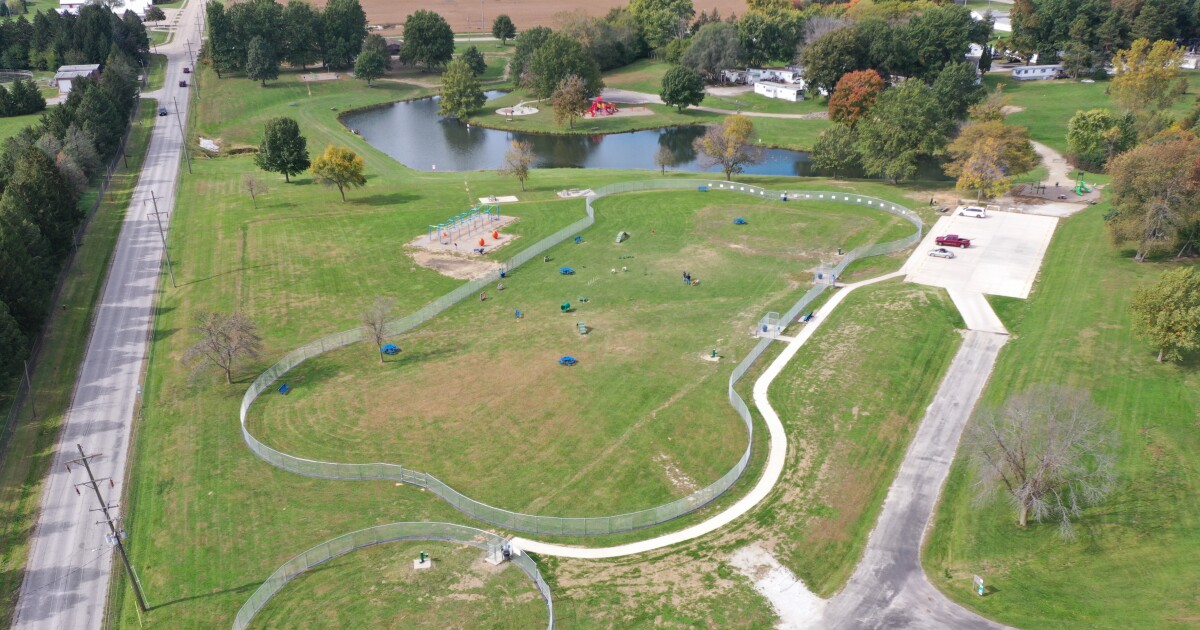 The Macomb Park District received a $360,000 grant from the Illinois Department of Natural Resources for the redevelopment of Patton Park.

Executive Director Rachel Lenz said the Open Space Lands and Acquisition Grant will launch the project into a second phase, sooner than expected.

Patton Park is on the southwest side of Macomb, adjacent to West Grant and South Ward streets.

Lenz said while it’s one of the biggest parks in the city, it’s also the one that needs the most attention.

Over the years, the park has been known for its ball fields and dog park, but the rest of the space was run down, with roads starting to crumble.

Lenz said the idea of ​​improving the space arose out of the COVID-19 pandemic.

With stay-at-home orders, people were looking for places to congregate safely.

“Our district saw a different need for our community — to provide a safe space,” Lenz said.

The park district found an old master plan for Patton from the 1980s, and about a third of the current redevelopment plan is derived from it, Lenz said.

The park district presented the development plan to the public in the fall of 2020 and began work on the first phase with state money and local donations.

The dog park was made possible by a donation from Dave and Jackie Thompson.

Phase two projects will include a boardwalk, fishing pier and over a mile and a half of multi-use trail.

“It will be a ten foot wide path that people can walk, bike, stroll, blade and skateboard,” Lenz said.

There will also be a vegetative barrier on Grant Street to deal with odors from a nearby sewage treatment plant, multiple shade structures, wetland restoration, rain and meditative gardens and other amenities. of the park.

Eventually, basketball courts and concrete games will also be added.

The redesigned park is intended to be a multi-generational space, with activities and attractions for people of all ages.

Lenz said it’s a trend in the world of parks.

That’s why you’ll see fitness stations next to playground equipment at many parks, including Patton’s, these days.

It also means that the park is designed to provide innovative opportunities for recreation, socialization and education for all generations.

“To really embrace it and make it a place where parents feel their kids are safe, where kids actually have commitments that they’re excited to be a part of,” Lenz said.

Patton Park’s ball diamonds, pond and current pavilion were developed with a grant from OSLAD in the 1980s.

It’s exciting to see the state still investing in things it’s invested in in the past, seeing the importance of regenerating those spaces,” Lenz said.

The park district will match the state grant with money from its capital improvement fund.

More information about the Patton Park project is on the Park District website.

Tri States Public Radio produced this story. TSPR relies on the financial support of our readers and listeners to provide coverage of the issues that matter to West Central Illinois, Southeast Iowa and Northeast Missouri. As someone who enjoys content created by TSPR’s news department, please consider making a financial contribution.

Dogs for runners: Here are the 10 adorable dog breeds that make perfect running companions – including the adorable Labrador 🐕