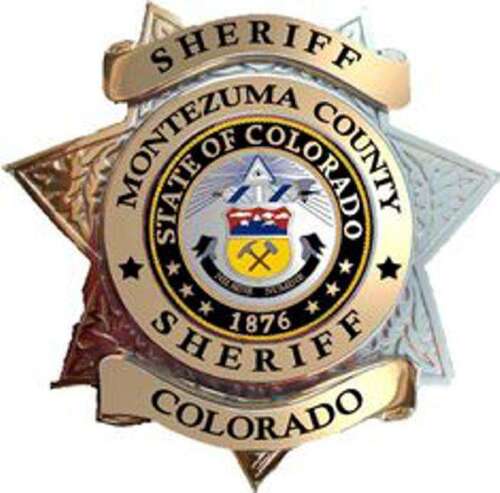 2:00 p.m. A generator has gone missing from the Dolores School Health Clinic in the 1300 block of Central Avenue. The clinic director told police that the school’s registered nurse noticed the generator missing on September 16. report concluded that all leads had been exhausted.

4:53 p.m. A deputy was sent to the 11000 block of County Road 20 for property damage. Before arrival, the deputy called the woman who made the initial report, and she threatened to kill a man and his wife if the deputy did not stop them. At the scene, the man told the deputy that the woman was evicted four months ago and given 30 days to remove her belongings from the property, which she did not do. Later, the deputy called the woman again and she continued to threaten the man and woman involved. The deputy returned to the address. The woman did not come back and the deputy cleaned the place. A warrant for the woman is pending and the case remains active.

7:43 p.m. On the 6000 block of County Road 21, a landlord told police his neighbor drove a truck on his property and threatened to kill him and his tenants. The reporting party showed video evidence of the incident that matched the owner’s description. The owner, the declarant and a third witness all said the man had previously threatened to kill them all. After contacting the man, the police noticed his deteriorating health and mental decline and left him in the care of his wife. The suspect was cited as threatening, harassment and third degree intrusion. The declaring party was arrested under a pending warrant.

3:48 p.m. A dog owner told police she found a note on her door in the 29200 block of County Road L indicating that her dog had been shot. The woman who wrote the note said she heard a gunshot and then saw the dog running in a field. She followed the dog into the field and found his injured leg. A deputy then contacted the dog’s owner, who said the vet had removed an object from the dog’s leg and the dog was fine.

8:37 A man reported two fraudulent charges on his credit card statement totaling $ 3,175 at his home on the 30,000 block of Colorado Highway 184. There were no suspects.

6:33 p.m. A driver in a white 2015 Honda did not give in to a traffic stop after traveling 104 mph in a 65 mph zone on the 44000 block of US Highway 160. The driver continued to accelerate, passing a line of four others vehicles in a non-passing zone on a blind curve. The vehicle turned south on US Highway 160/491. The vehicle crashed near the 7000 block of U.S. Highway 160/491 after a Cortez police officer punctured the vehicle’s front tires. The suspect’s vehicle had also made a dangerous passage which would have resulted in one vehicle colliding with the guardrail and another rolling down an embankment. The driver and his male passenger were arrested and the Cortez Police Department resumed investigation.

10:30 p.m. A man in a white pickup truck was pulled over after failing to stay in the lane of Block 10000 of US Highway 491. The officer observed a smell of alcohol coming from the car and asked the driver to perform checks. voluntary roadside maneuvers. The driver failed all three maneuvers and was taken to the Montezuma County Detention Center, where a breathalyzer test revealed a blood alcohol level of 0.090.

4:03 p.m. A two-car crash occurred in the 1300 block of Central Avenue in Dolores after the two vehicles backed up at the same time and neither driver saw the other.

7:35 An employee of the Messer Industrial Gas Products building reported that a man broke into the building and took a shower in the decontamination area. When the officer arrived, the man was wearing only boxers and told the deputy that he had come from Cortez on foot. The man was taken to hospital for possible frostbite.

11:29 a.m. Officers find two handbags outside the visitor center at Canyon of the Ancients, 27501 Colorado Highway 184 after the building manager reported them.

13:49 Officers respond to a report of a traffic incident on the 18000 block of US Highway 491, where medics and firefighters were at the scene. Officers slowed northbound traffic. The Colorado State Patrol has resumed the investigation.

8:56 a.m. Suspects of an accident on October 13 have received outstanding arrest warrants at the Montezuma County Detention Center.

9:08 p.m. On the 18000 block of Colorado Highway 145, a woman reported that her boyfriend returned home drunk and had an argument with the person who drove him home. She said he then went inside, yelled at her, threw a pitcher of water at her and threw the pitcher at her. The officer observed only a few drops of water on the floor and noted that the woman had dry clothes. The neighbor later said he saw the couple yelling at each other outside the residence, where the woman allegedly pushed her boyfriend to the side of one of their vehicles. The man confirmed he had a verbal altercation with his girlfriend, but denied that there had been an altercation outside the residence.

11:30 a.m. A man reported his daughter after she refused to leave his property on the 24000 block of County Road F. The man’s daughter was playing on the trampoline with her other children. This was a violation of a judicial custody order, allowing the woman only supervised visits.

12:19 An officer was dispatched after two roommates living in the Elegant Hills trailer park had a verbal argument over the money.