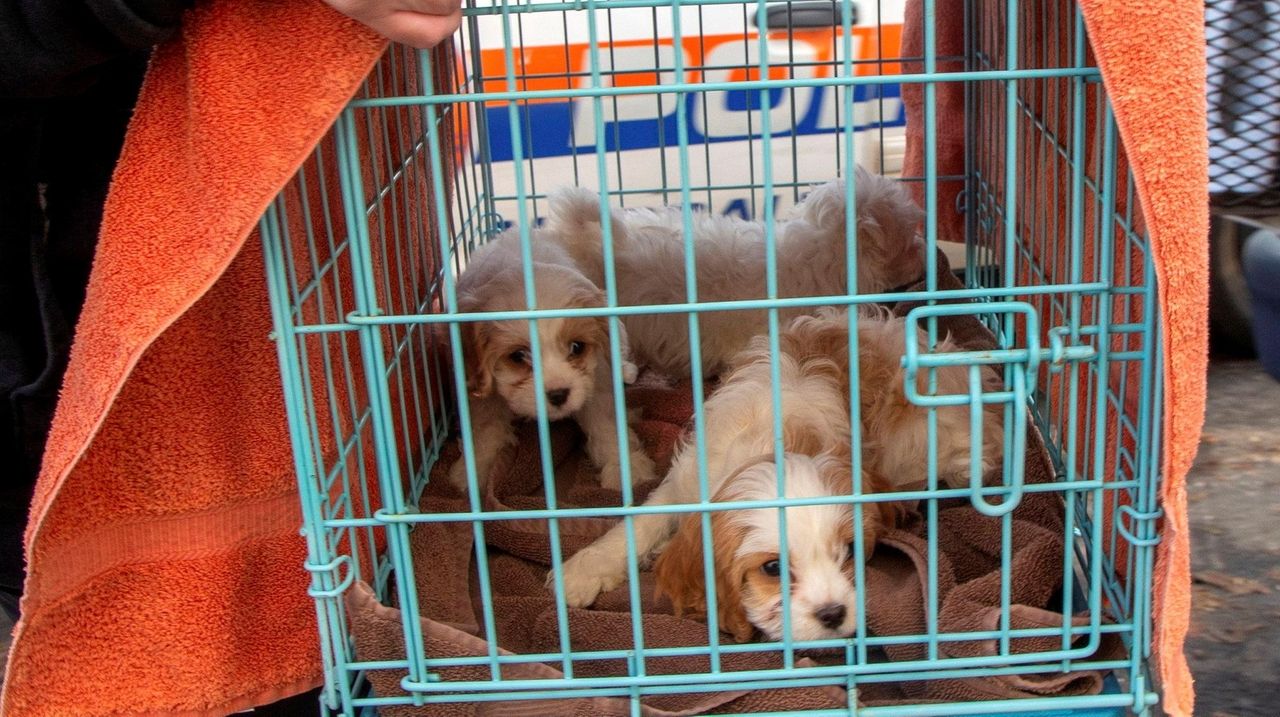 Riverhead officials are considering passing legislation that would ban the sale of commercially farmed dogs and cats in pet stores and ban “puppy mills.”

City council was due to vote on the legislation on September 21, supervisor Yvette Aguiar told Newsday. However, the published agenda for the meeting did not have the legislation entered for a vote.

Aguiar said on Friday that the city’s prosecutor’s office was reviewing the legislation and a date for a vote was still pending.

City council members said the legislation would protect dogs and cats from acquisition through so-called “puppy mill” operations. The proposed legislation would follow suit with other communities in New York State that are enacting similar laws.

Puppy mills are defined by the ASPCA as a “large-scale commercial dog breeding operation where profit comes first over the welfare of the dogs.”

Aguiar said the city always receives letters and comments on the legislation and will assess them before deciding how to vote.

“We get letters asking the grandfather of some state-authorized people, so it’s a bit complicated, this resolution,” Aguiar said.

The biggest news, politics and crime stories in Suffolk County, delivered to your inbox every Friday at noon.

In a September 8 public hearing on the legislation, Carol Sclafani, of Wading River, a veterinary technician who is also a city council coordinator, said she supports legislation to “cut the puppy mill pipeline.” .

“Ensuring the welfare of animals is a human responsibility, and our responsibility,” said Sclafani, recounting the stories of dogs allegedly abused while being held in such “puppy mill” operations.

David Schwartz, a representative for People United to Promote Pet Integrity Inc., a coalition of pet store owners in New York State, said the legislation “would ban one of the most comprehensive and transparent means.” adopt pets.

“This bill will only serve to shut down small businesses and will not affect the ability of puppy mills or bad breeders to operate as they currently do,” he said. “It’s going to leave a void in the market … which will thrive.”

A September 15 letter to the city from Garden City-based law firm Gerstman Schawrtz LLP, representing the coalition and several others, said the city could be the subject of potential litigation if the law is adopted.

Jean-Paul Salamanca covers the East End. It focuses on Riverhead, Southold and Greenport on North Fork, as well as Hampton Bays, Westhampton Beach, Flanders, Riverside and Quogue on South Fork.