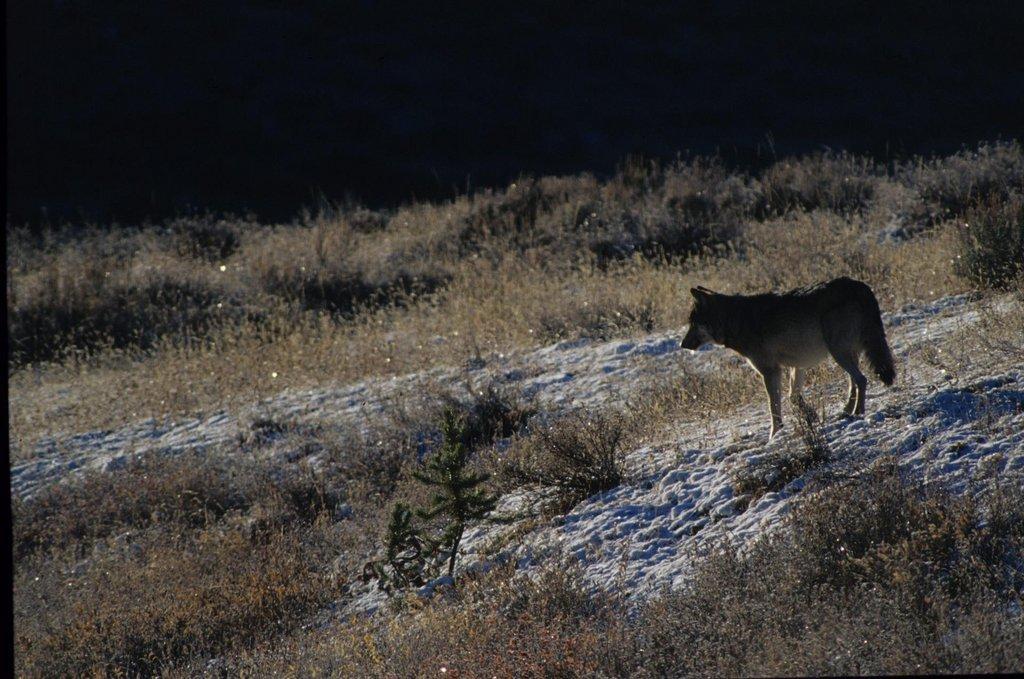 SALT LAKE CITY — After reports of a dead wolf or “wolf hybrid” found in Duchesne last week, the Utah Division of Wildlife Resources has confirmed the animal is actually a shepherd company German who was hit and killed by a vehicle.

DWR biologists received a report of the animal on January 5 and located it on the side of Highway 40 near the Gateway Sinclair gas station on the west side of Duchesne. The animal was about 4 feet long, while most wolves are usually 5-6 feet long. The animal was black with tan coloring on the toes and legs, while black wolves usually have gray and white coloring, but not tan.

The DWR collected the carcass and took measurements and samples for genetic testing. However, during further investigation, DWR conservation officers learned that a Duchesne resident with a black German Shepherd witnessed his dog being run over by a vehicle in front of the gas station. The dog sadly died in the collision and was later flagged as a possible wolf when his body was discovered along the road. (Due to the dog’s large size, his elderly owner couldn’t pull him out.)

Gray wolves were reintroduced to the northern Rockies in 1995. For years they were placed and then removed from the endangered species list. Wolves in the northern Rocky Mountains, including a small portion of Utah, have been delisted since 2011, and wolves have been delisted statewide since January 4, 2021. Since delisting statewide, the Utah Wolf Management Plan has indeed guided the management of wolves throughout Utah.

The goal of the management plan is to manage, study, and conserve wolves moving through Utah, while avoiding conflict with the wildlife management goals of the Ute Indian Tribe, by preventing depredation of the livestock and protecting Utah’s wildlife investments. This is a tentative plan covering the period between radiation and the development of two natural wolf packs in Utah. When two established packs are confirmed in Utah, the management plan will be updated. The wolf plan was written to be adaptive in nature, so that when conditions change, the plan can adapt to those changes. Wolves are a protected species and can only be killed in Utah under certain circumstances related to human safety and livestock depredation.

Since the DWR currently oversees wolf management in Utah, people should report any suspected wolf sightings. Since 2002, there have been about 20 confirmed wolf sightings in Utah, ranging from wolves killing livestock to checking trails to locating dead wolves in the state. Wolves can travel long distances and move very quickly through an area, making them difficult to document. Almost all of the confirmed sightings were of lone wolves dispersing, and the DWR could not verify any breeding behavior.

“Sightings of wolves are frequently reported, but upon further investigation most of them turned out to be coyotes or domestic dogs,” said Kimberly Hersey, DWR’s nongame mammal coordinator. “We ask people to report sightings as soon as possible and, if available, to include a photo or video of the animal or tracks or other identifying evidence when submitting a reported sighting.”

If you see an animal that you think is a wolf in Utah, please call nearest DWR office to report the sighting and provide a precise location.

Description of wolves versus dogs

You can tell wolves from dogs by looking for these characteristics:

Description of wolves versus coyotes

An animal looks like a wolf if it has these characteristics:

An animal does not look like a wolf if it has any of these characteristics: