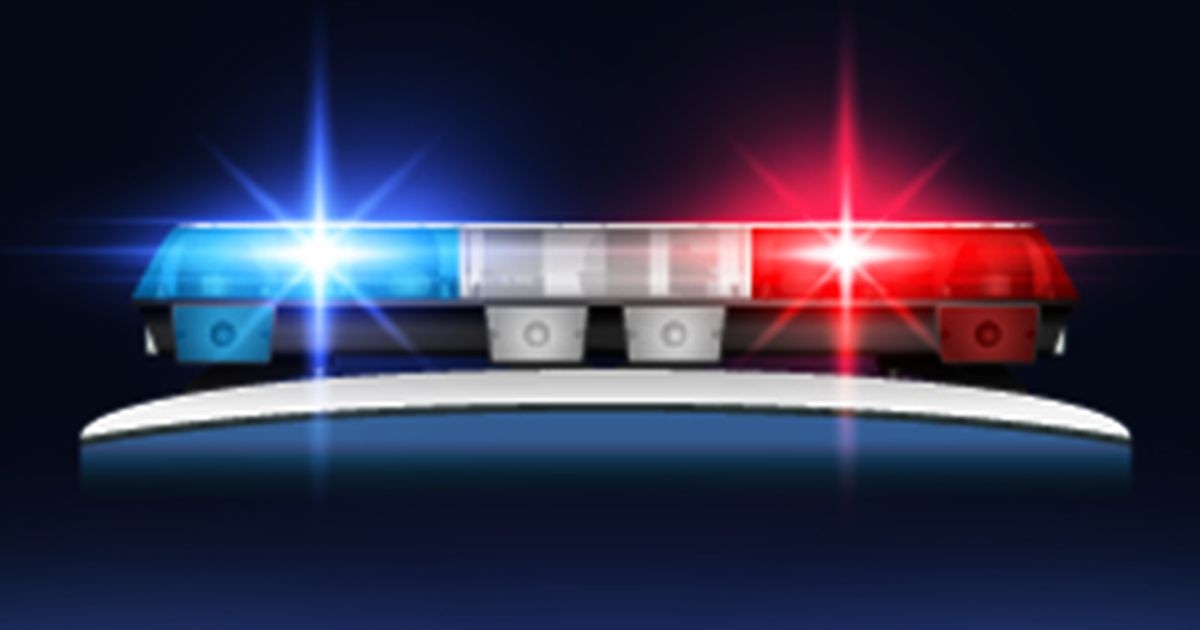 According to an Osceola Police report, Magana walked to the front of the store, picked up merchandise advertised outside the store, entered inside, and returned the items to receive the value in cash without ever purchasing the items initially. An official checked the security cameras and could see the offender performing the illegal act.

According to an Osceola Police report, a traffic check was carried out because Carson had his rear pickup window replaced with a piece of plywood. A driver’s license check was also performed on Carson, which revealed he had a revoked license in Iowa.

Ricky James Brammer, 49, of South Fillmore Street, was charged with contempt of violation of the no-contact order at 6 p.m. August 20 in the 100 block of South Main Street.

No report currently available. Bond was set at $ 500.

Joshua Wayne Finney, 33, of 5th Avenue Charles City, was charged with two counts of contempt at midnight on August 21 at the Osceola Police Department.

According to an Osceola police report, police entered the wooded area owned by the BNSF railway company. McBride admitted to cutting down a tree with a small ax he always carried. McBride took officers to the tree that had been cut down and showed them the ax marks he made while cutting the tree.

Alicia Ruth Stafford, 44, of North Elm Street Creston, was charged with violating the no-contact-domestic order at 2:35 a.m. on Aug. 22 at the Interstate 35 Casey general store.

According to an Osceola Police report, Stafford was in a vehicle with someone she has a protection order with.

Scott Joseph Stafford, 45, of North Elm Street Creston, was charged with violating a No-Contact Order – Domestic at 2:35 a.m. on August 22 at 1706 Jeffreys Dr.

According to an Osceola Police report, Stafford was in a vehicle with someone she has a protection order with.

Scott Joseph Stafford, 45, of North Elm Street Creston, was charged with felony possession of a firearm at 3.54 a.m. on August 22 at the Interstate 35 Casey general store.

Police were made aware of a welfare check for a subject who was in a white Ford truck on Highway 34. Subject is believed to have a gun. I, Agent Walker, contacted the subject in the Casey’s parking lot on Jeffreys Drive. I asked the driver, Scott Stafford, if he had a gun and he said no. I asked if we could search the truck and he said yes. There was also a passenger, Alicia Stafford. I searched the vehicle and found a loaded magazine for a 9mm gun in the center console of the truck. I informed other officers. The handgun was in the bed of the truck. It was a 9mm Highpoint handgun. There were 14 9mm rounds in the bed of the truck next to the gun. In the magazine, there were 7 cartridges. When we analyzed the information for the subjects, the system showed them that they had a protection order. We have confirmed that this protection order is still active until 2023. Both subjects have been placed under arrest for violating the protection order. Scott Stafford has also been charged with a weapons violation for being a felon in possession of a firearm.

Larry Eugene Kuster III, 42, of West Jefferson Street, was charged with Trespassing and Dangerous Weapon Used in Crime at 9:10 a.m. on August 22 at 111 Ariel Cr.

According to an Osceola police report, a dog around 10 months old has been denied access to food and water for an indefinite period of time. The dog shelter was an approximately 2 “x3” kennel which contained a large puddle of urine and multiple piles of excrement. The dog’s fur was visibly wet from being soaked in urine. Witnesses inside the house said the dog had been locked in the kennel for several days at a time and did not believe he had been out since August 17.

John Thomas Scott, 39, of 300th Street Leon, was charged with violating a domestic contact prohibition order at 3:24 a.m. on August 23 at the Osceola Police Department.

According to an Osceola Police report, Scott was in the parking lot of the apartments located in the apartment area of ​​the Protected Party. Scott told officers he was there to watch the protected area because he thought it was suicidal. Scott admitted that he walked over to the door and opened and closed it. He wanted to talk to her and check that she was okay, but then wondered why he was there. Scott knew he had had an argument with her a year ago.

According to an Osceola police report, during the execution of a search warrant, a syringe loaded with a clear liquid was located. The liquid was field tested and tested positive for methamphetamine. Maddox admitted to owning the methamphetamine.

Edwin Miguel Ramos-Flores, 31, of South Main Street, was charged with a probation violation at 10:38 a.m. on August 24 in the 500 block of West McLane Street.

Kristine Lee Pearson, 33, of Warren Ct., Was charged with public drunkenness at 4:58 a.m. on August 25 at Clarke County Hospital.

According to an Osceola Police report, when officers arrived, they saw Pearson at his neighbors’ house talking with them. As they began to speak with Pearson, they could smell the strong smell of an alcoholic drink coming from his breath. Pearson also had watery, bloodshot eyes and was unsteady on his feet. She finally agreed to go to the emergency room to check on the assault that allegedly took place a week ago. In the emergency room, Pearson became combative, removed the IV from her arm, and attempted to assault hospital staff. She also said she no longer wanted help from the hospital. At that time, Pearson was placed under arrest for public drunkenness and transported to Clarke County Jail where she was charged. At the prison, he was offered an independent Data Master test to determine his blood alcohol level. She refused to provide a breath sample, but admitted it would explode.

Jonathan Mark Oller, 44, of 3rd Street Murray, was charged with possession of a controlled substance second offense at 6:45 a.m. on August 25 at 1706 Jeffreys Dr.

Pamela JoAnne Richardson, 43, of West Pearl Street, was charged with Possession of Controlled Substances, the third offense at 1:13 p.m. on August 26 in the 100 block of West Washington Street.

Scotty Orien Keller, 34, of Mateer Drive, was charged with fifth degree theft and obstruction of official act at 7:36 p.m. Friday in the 500 block of South Main Street.

According to an Osceola police report, Bear and a man she has a protection order with were together in the parking lot of AmericaInn.

According to an Osceola Police report, Tendrock and a woman he has a protection order with were together in the parking lot of AmericaInn.