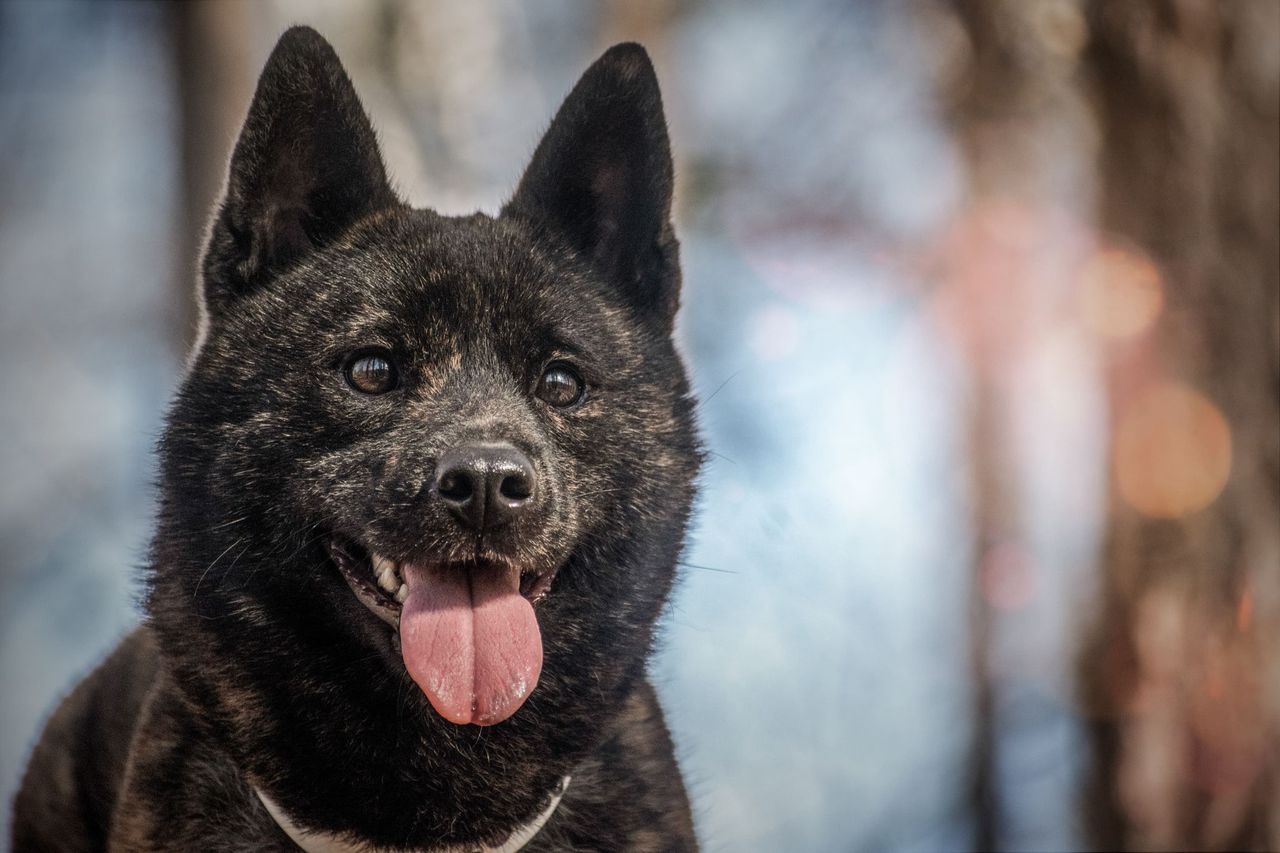 BAY CITY, MI – A pup had quite an adventure when she was rescued after ending up far out on the ice in Saginaw Bay.

Maehem is a three-year-old Kai Ken, which is a rare Japanese dog breed, who lived up to his name after escaping and running for almost a week before being spotted and rescued from the Saginaw Bay.

Her owner is Autumn Aresnault, of Gladwin, who said she left Maehem with her father in Bay City while she was going down to Ann Arbor.

She said she received a phone call shortly after 1 p.m. on February 26 from her father asking her to come back right away because Maehem, who suffered from separation anxiety, was out.

“I think she frantically looked for me when she walked through the door,” Aresnault said. “My dad ended up falling on the ice and startling her, she took off. He was chasing her more, which in turn scared her more. He lost sight of her on State Park Drive and Lagoon Beach.I was in Ann Arbor and I felt so helpless.

Maehem was super important and special to Aresnault, so news of his escape was devastating.

“Maehem is a very special dog for me. I cut her umbilical cord, raised her from birth,” Aresnault said. “She is extremely attached to me, as much as I am to her.”

A massive effort was launched to find Maehem. Aresnault said they spent days and nights searching the neighborhood to call and look for her.

There were some initial sightings over the bay and in some homes that night, however, Arsenault said there were no images to confirm the sightings.

Maehem was spotted again on Sunday in Saginaw Bay and people tried to grab her, but to no avail – the pup was scared and in flight mode, Aresnault said.

“My immediate thought when I heard she was on the bay was, well, I had a complete breakdown and collapsed to be honest. I was in desperate fear for her life, knowing how badly she had scared of breaking me,” she said.

To make matters worse, Maehem’s physical appearance as Kai Ken caused her to be misidentified as a wild animal.

“A lot of people even posted about her that she thought she was a coyote,” Aresnault said. “It was terrifying.”

Aresnault said she called TK and Son Ice Recovery and they looked for her on the ice. She added that there were planes in the sky looking for her and that leaflets had been distributed to outgoing fishermen so they could also keep an eye on her.

Despite community pressure and a network of ice fishermen working together, everyone arrived empty-handed. However, until the luck changed drastically on Wednesday March 2.

Aresnault said Wednesday morning she received a message with a photo of Maehem and Aaron Wolf’s contact information. Wolf agreed to stick around and keep visuals on Maehem, Aresnault said.

Aresnault said TK and Son Ice Recovery immediately arrived and headed for Wolf’s coordinates. Turns out Maehem had managed to walk 7 miles on the ice from Bay City State Park.

“We took out 3 snowmobiles with us on our backs and got to the place and there she was,” Aresnault said. “We made sure to park the snowmobiles at a distance because of the fear she has. We approached and called her and she came straight to us. Crawling on our knees with lots of kisses. We put on the necklace and returned to shore with her in our arms.

Now that Maehem is home safe and warm with her owner, the two can start to relax after a stressful week.

“I can’t describe the feeling of having him home and safe,” she said. “Relief is a clear descriptor, but there are so many other emotions. Even though the adrenaline hasn’t worn off, I can still feel some relaxation.

Tommy Shelby retires as one of Greyhound Racing’s modern greats

Bill aims to end the criminalization of cannabis