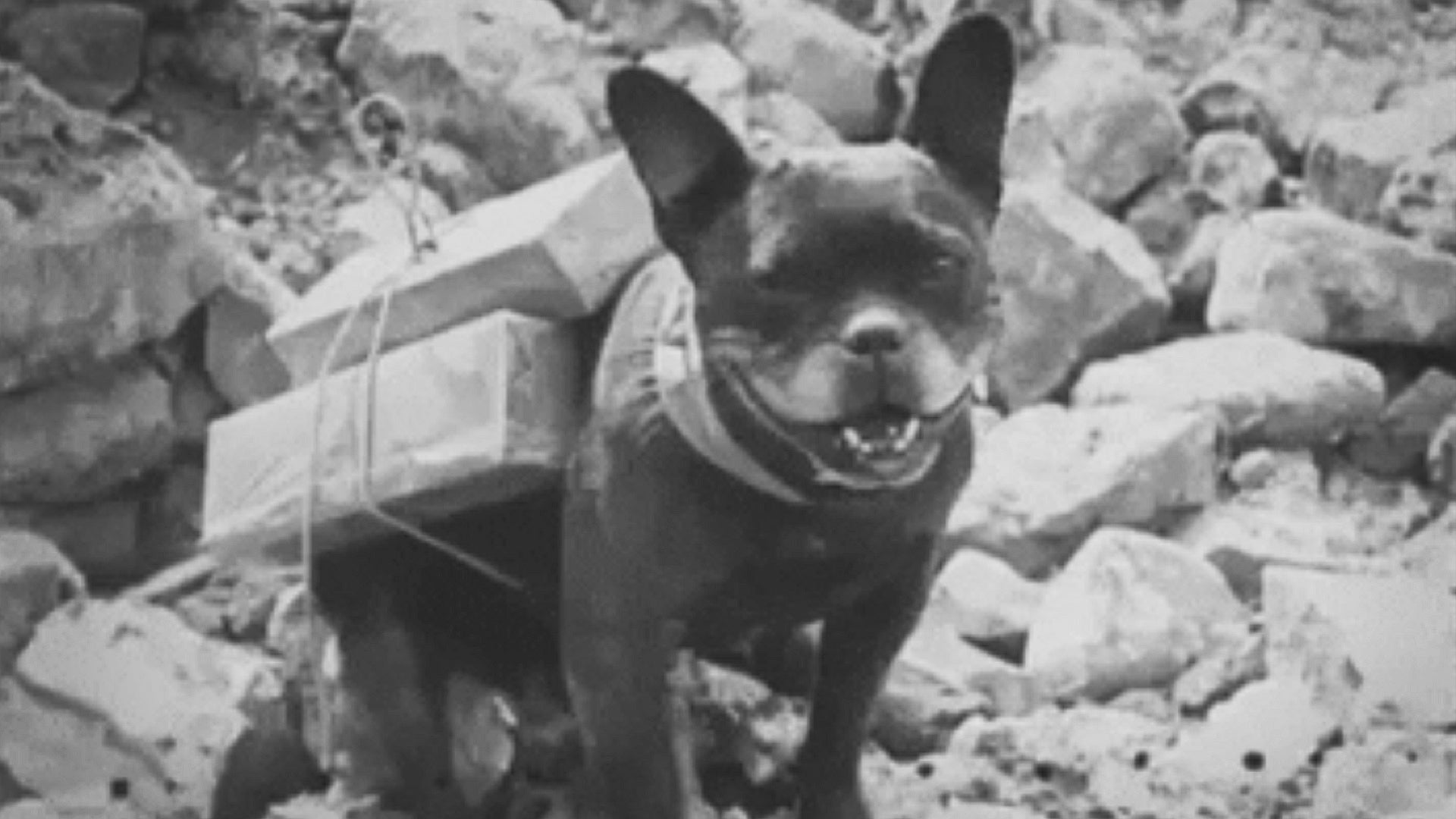 Did you ever get exactly what you wanted? It’s hard to imagine any PlayStation 5 on Christmas morning could beat a pack of cigarettes that pops up when you’re stuck in the trenches, but add to that that it’s delivered by an adorable dog. This is what the soldiers of the 11th Engineers were treated to when Mutt, a YMCA trench runner laden with cigarettes, visited them in 1918 during Operation Aisne-Marne in World War I.

Mutt knew the uniform of the day and wore it with pride, as the photos clearly show his flippant tie proudly displaying the YMCA logo. And even though it’s mission first, he takes the time to get some well-deserved scratches while the pasta hands out a carton of cigarettes, which no doubt lifts his spirits.

If it seems odd that the Young Men’s Christian Association smoked the troops in 1918, it’s fair to say that a few years earlier the YMCA would have thought the same. In fact, at the start of World War I, cigarettes were considered immoral and trashy, if not necessarily unhealthy. Smoking a pipe was the preferred method of inhaling nicotine for the refined set. However, the multi-step process of preparing a pipe required time and equipment that were less than ideal during combat.

In many ways, World War I was the first American war where morale was taken seriously. The old guard disliked molly-coddlings and pink tea parties and left the relief work to civilians. The YMCA was the largest, providing 90% of aid work through uniformed combat civilians, ranging from essential services like feeding and nursing to troops to organizing concerts, distributing baseball equipment and soon the delivery of cigarettes.

There were no smoke pits in World War I, or more accurately, everything was a smoke pit. Tobacco fulfilled a number of needs. It alleviated boredom and gave a psychological boost just as it is used now, but also more serious concerns. The buzzing was thought to stabilize the hands and create wakefulness and alertness. The smell helped drown out the grotesque stench of war: human waste, rotting bodies and intense body odor. And, dulled taste buds were a plus when rations were repetitive and boring and rancid or sticky at best. As a senior General Pershing official described it, “A cigarette can be the difference between a hero and a crook.”

We don’t know as much as we would like about Mutt, but one account says he came to America after the war. At the end of the war, when this video was taken, we know that even though the US military was issuing cigarettes, the YMCA was innovating in the way it conducted its operations. The same film clip shows a “Y man” selling cigarettes from the back of a truck, quickly donning a gas mask due to an attack, and then continuing God’s work of getting the boys to smoke.

A cigarette dog must have been a bit of fun, but Mutt was by far not the only dog ​​with a job during World War I and wouldn’t have seemed so out of place. Other trench runners were broadcasting messages. Big dogs fired machine guns and terriers were known for their excellent pest control abilities. Dogs have even been made prisoners of war. Others served as mascots, such as Sgt. Stubby, a job title that doesn’t quite capture how he fought in 17 battles on the Western Front, bit a German soldier in the buttocks and once saved his regiment from a gas attack. After the war, Stubby served as Georgetown Hoya and even inspired a movie. Don’t hesitate to talk to your own dog about this, as he needs role models and most could honestly help more around the house.

As for the YMCA, its efforts to get the troops what they wanted eventually led to a cigarette rush, price competition, and a reputation as “those damn Y men” who overcharged for cigarettes then that multiple humanitarian and military organizations were competing for a limited supply of tobacco. At the start of World War II, President Franklin Delano Roosevelt asked them to merge into a group called United Service Organizations, or USOs, which unfortunately did not continue the tradition of the cigarette dog.

Miranda Summers Lowe is curator of modern military history at the Smithsonian Institution’s National Museum of American History and an Army National Guard officer. His publications include contributions to Modern Warfare in an Ancient Land, The US Army and the COVID-19 Pandemic, Why We Write: Craft Essays on Writing War, and articles for The New York Times, Military Review, and War on the Rocks. Follow her on Twitter at @msummerslowe

What’s hot on Task and objective

Want to write for Task & Purpose? Click here. Or check out the latest stories at our homepage.

how breeding for cuteness hurts dogs