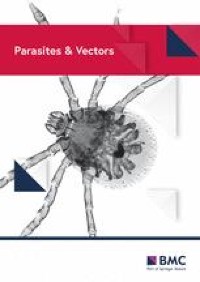 As part of the NIDIAG research consortium (https://cordis.europa.eu/project/rcn/97322_en.html). Approval was obtained from the Ethical Research Committee, Medical and Health Sciences Campus, University of Khartoum, the National Health Research Ethics Committee, Federal Ministry of Health, Sudan, and the London School of Hygiene and Tropical Medicine Ethics Committee, United Kingdom. Written informed consent was obtained from adult subjects or from the parents or guardians of subjects under the age of 18 (who also provided oral consent).

Cases of VL were diagnosed by microscopy of bone marrow and/or lymph node aspirates, in some cases in conjunction with serological testing. All in all n= 42 VL samples were tested; of these were included in the final analysis (where reactivity to the undenatured antigen was above the cut-off value). n= 19 for rK39 and n= 27 for rK28. Sera from endemic healthy controls (healthy Sudanese seronegative to VL antigens; n= 20) were used as a negative control.

rK28 (CTK Biotech, USA) and rK39 (RAG0061, Rekom Biotech, Spain) were obtained commercially. To compare the antigenicity of heat-denatured and non-denatured rK39 and rK28, these antigens were first coated in coating buffer (15 mM Na2CO334mM NaHCO3, pH 9.6) at approximately 0.25 µg/ml. A portion of each of these antigen solutions was then heat denatured at 95°C for 10 min in a hot block while the remainder was not denatured. The ELISA plate (735-0465, VWR, UK) was quadranted and coated with 100 µl/well as follows: upper left quadrant, undenatured rK39; top right, rK39 heat denatured; lower left, undenatured RK28; bottom right, rK28 heat denatured. After overnight incubation at 4°C, the wells were washed three times with phosphate buffered saline (PBS)/0.05% Tween 20 (PBST); then 200 µl/well blocking buffer (PBS/2% skim milk powder; Premier Foods, UK) was applied to the whole plate and incubated for 2 h at 37°C. After three washes, 100 µl/well of serum diluted 1:100 in PBST/2% milk was added such that these samples were arranged identically in each quadrant. After incubation at 37 °C for 1 hour and six washes in PBST, 100 μl/well of a 1:1000 dilution in PBST/2% milk of horseradish peroxidase-labeled anti-human IgG1 (ab99774, Abcam, UK) was added to the whole plate. We have previously demonstrated the potential of immunoglobulin G1 (IgG1) to assess treatment outcome [19, 20]; Hence, here we were interested in applying IgG1 detection in the current assay context instead of IgG.

After incubation for 1 hour at 37 °C and 6 washes with PBST, 100 μl/well of substrate solution (50 mM phosphate/citrate buffer, pH 5.0) containing 2 mM σ-phenylenediamine-HCl (P1526, Sigma Aldrich) and 0.009 % H2O2 (216763, Sigma Aldrich) was added to the entire plate and incubated in the dark. Reactions were stopped by the addition of 50 µl/well 2 MH2SO4, and the absorbance was read at 490 nm. The samples were tested simultaneously on duplicate panels. Each quadrant contained positive and negative (endemic healthy) controls.

We did not use beta-mercaptoethanol in the denaturation because each of the rK28 and rK39 recombinant protein sequences has only one Cys residue, so there are likely no disulfide bonds present; We did not treat the antigens with sodium dodecyl sulfate to avoid problems with the subsequent coating of the ELISA plate.

The cut-off value was calculated from the mean plus three standard deviations of the endemic healthy control sera. Only those samples where the undenatured antigen (rK39 or rK28) had a value above the cut-off were included in the subsequent analysis. P-Values ​​were determined by an unpaired two-sample sample t-Test assuming equal variance using Microsoft Excel.

We wanted to assess the degree of homology between the linear sequences of the VL antigens and potentially cross-reacting species. Therefore, the HASPB1, HASPB2, and kinesin amino acid sequences of rK28 (GenBank HM594686) and the 46 amino acid non-repeat region and 6.5 × 39 amino acid repeats of rK39 (GenBank L07879) were subjected to BLASTp searches (https://blast.ncbi.nlm.nih.gov), both by taxon unrestricted and restricted to schistosoma, plasmodiumand mycobacterium.

We have BepiPred-2.0 (https://services.healthtech.dtu.dk/service.php?BepiPred-2.0) to predict linear B cell epitopes in the HASPB1 sequence of rK28 (GenBank HM594686).