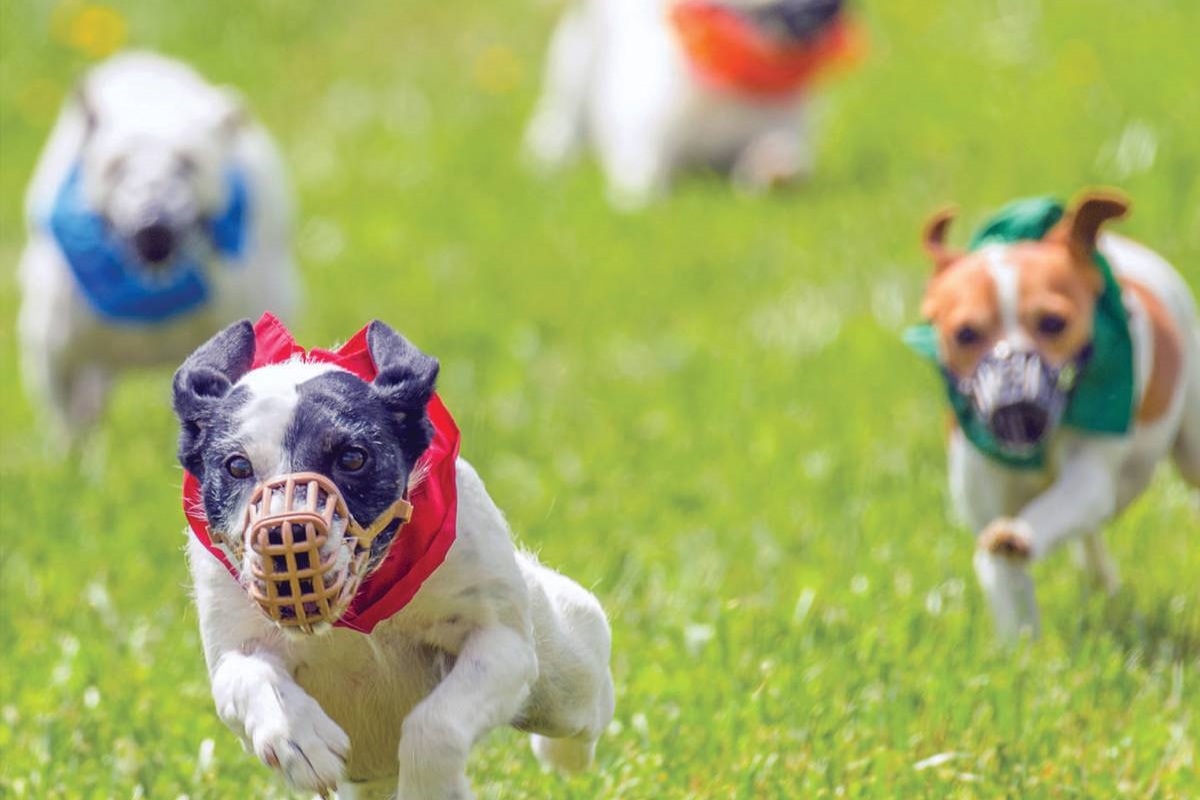 Horses aren’t the only creatures that run, jump and compete in Willowdale. Jack Russell Terrier races remain a cherished tradition in Willowdale.

Every year, Jack Russell terriers compete to cross the finish line first in a popular prelude to obstacle course. “Most people think dog racing is about greyhounds, not little Jack Russells jumping over fences,” says Chris Halpin, who organizes the event with his wife, Ava.

Running as fast as possible comes naturally to members of this hardy, energetic breed, developed in England in the mid-1800s and introduced to the United States in the 1930s. Parson John Russell, the clergyman and avid hunter from whom the breed derives his name, intended to create compact, determined working terriers that could drive foxes out of their dens so that dogs could hunt them.

Jack Russells are small, weighing about 15 pounds and standing about 15 inches tall at the withers. Although they rarely chase foxes from their dens these days, they do have a strong urge to “go to the ground” or dig for prey, an instinct that often results in digging holes in yards and gardens.

In Willowdale, the Halpins hold training sessions for dogs that have never raced before so they can get used to it. The burrows start from a box that is eight dogs wide. Experienced racers come out of the box, much like thoroughbreds out of a starting gate. But dogs that aren’t used to competition “often look a bit confused,” Halpin notes.

Terriers chase a false fox tail tied to several hundred yards of strong twine pulled by an automatic reel powered by a car battery. They jump over foot-high fences made from PVC pipes. This is where two centuries of breeding come into play. “It’s natural for a Jack Russell to hunt foxtail,” says Halpin. “That’s what they were born to do.”

Halpin attended his first terrier trial at age 3 and grew up going to events every other weekend in the spring and summer. The dogs competed in speed, agility, conformation and other disciplines. In ground contests, Jack Russells dash through tunnels and mazes, vying to be the first to reach the caged rats.

For years, terrier trials were a popular pastime, with organized groups presenting trophies at award banquets. Then the teenagers learned about cars, football and dating. Although trials still take place, there are far fewer events.

Willowdale maintains the tradition with its races. Dogs generally compete by category: males, females, small, large, puppies and seniors (over 12 years old). Many owners register more than one dog. As loyal to the breed as their dogs are to them, Jack Russell owners often have multiple pooches. “I don’t know why someone only ever has one dog,” Halpin says. “They need a friend”

Halpin’s mother, Jacquelyn Robinson, ran terriers in Willowdale for over 20 years. She was first seduced by Jack Russells when her mother took her and her sister to the Devon Horse Show. “They would be the dogs that would follow the owners loose around the stables,” she recalls. “I thought, ‘I must have one of these dogs.'”

Due to their boundless energy and relentless playfulness, the Jack Russells have won a devoted following. They are exceptionally shiny and easy to train. Robinson also notes that terriers don’t drool or shed much.

That said, Jack Russells are attention hunters and will get into mischief if left alone. They bark a lot and like to chase cats, squirrels, skunks and other moving objects. They need plenty of exercise and generally don’t do well in apartments. “They don’t take an inch – they take a mile,” Robinson says. “They definitely have great energy. They want to go get a ball, run around. Don’t buy a Jack Russell if you’re a couch potato.

She was 22 when she brought home Jessica, her first Jack Russell, a loyal companion who lived to be 18. Her relationship with Jessica was so rewarding that she has never been without a terrier since. Today, she has two, Stella, 5, and Dylan, 4. The two compete in Willowdale.

Over the years Robinson has had two winners at the event, Penny and Sammy, talented terriers who were mother and son. “They put their pictures in the newspaper,” she recalls.

Unlike their equine counterparts, dogs do not receive purses for victory, place or show. Their reward is the glory they receive from cheering onlookers – and perhaps a treat when they join their owners in tailgate celebrations. Some years, terriers who finish first are given small chalices just big enough to hold a dog biscuit.

Robinson has high hopes for Stella in this year’s races. Dylan will participate for fun. “Stella is a bossy boss and determined to be first,” she says. “Dylan is a stocky little guy and he’s here to have fun.”

Related: 20 restaurants to dine with your dog around Delaware this season