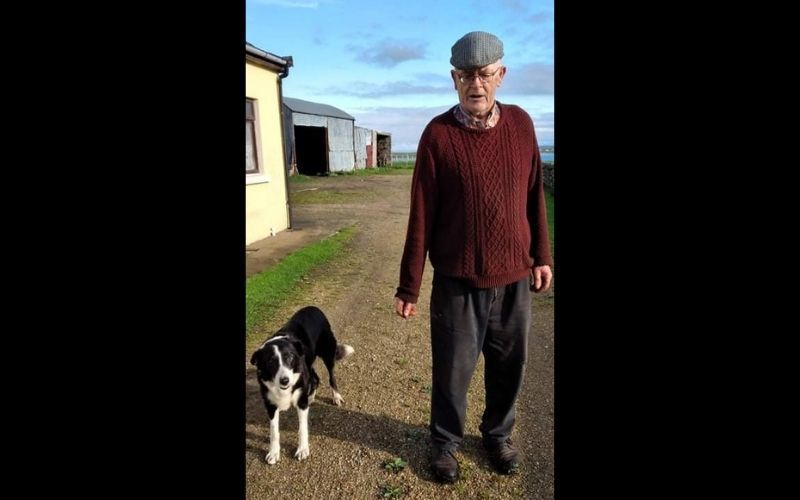 Irish dog Skippy could be the oldest dog in the world

Irish farm dog Skippy lives in County Mayo with owner Pat Geraghty and is believed to be 26 years old, nearly double the average lifespan of a Border Collie.

“Skippy was born in 1996!” Fergus Sweeney said on Twitter this week when he shared a photo, taken in September, of his neighbor Geraghty and his dog Skippy.

Sweeney’s tweet, which has been liked more than 12,000 times since he shared it on Monday, has drawn widespread reactions online. While many people enjoyed the sweet image, some people claimed there was no way Skippy could be 26, as the average lifespan of a Border Collie is around 12 to 15 years. .

Guinness World Records says the oldest dog ever was Bluey, an Australian cattle dog who lived to be 29 years and five days old. However, in 2016, a Kelpie named Maggie died in Australia; her owners claim she was 30 years old.

Geraghty, 84, told the Irish Mirror he got Skippy from Joe Dean, a dog breeder based in Belmullet, in the summer of 1995 and has been raising him ever since.

Sweeney acknowledged on Twitter that there were no official papers for Skippy, but pointed to a neighbor who remembers Skippy chasing his car about 20 years ago.

The closest I can verify is a neighbor who remembers Skippy chasing his car when he moved to the area about 20 years ago. Skippy was a hunter. This photo is from September 2021. It was him this morning pic.twitter.com/Jms0GDB8UL

Geraghty’s nephew Pearce Prior, who remembers Skippy as a little pup from his visits to Mayo in the 1990s, also told the Irish Mirror he broke his toe a little while ago. around the same time his uncle had first had Skippy and he would be able to confirm the date. this occurred from Mayo General Hospital records.

Prior also told The Western People: “I started looking in the Guinness Book of World Records and the oldest living dog they know is 21 in Japan.

“If you included Skippy now, he would be seventh in the all-time oldest dog list.”

Geraghty said Skippy, who sleeps outside in a cabana in a bed of straw, is well cared for and loves leftovers – with gravy! – meals from Geraghty. The Border Collie served as a farm dog until about two years ago when its mobility began to decline.

“We are good friends,” Geraghty told the Irish Mirror. “It’s my turn to take care of him now, you know.

“He was good to me when he got his health, but he’s depressed and I have to give him water four times a day and feed him three times a day – but I don’t mind that.”