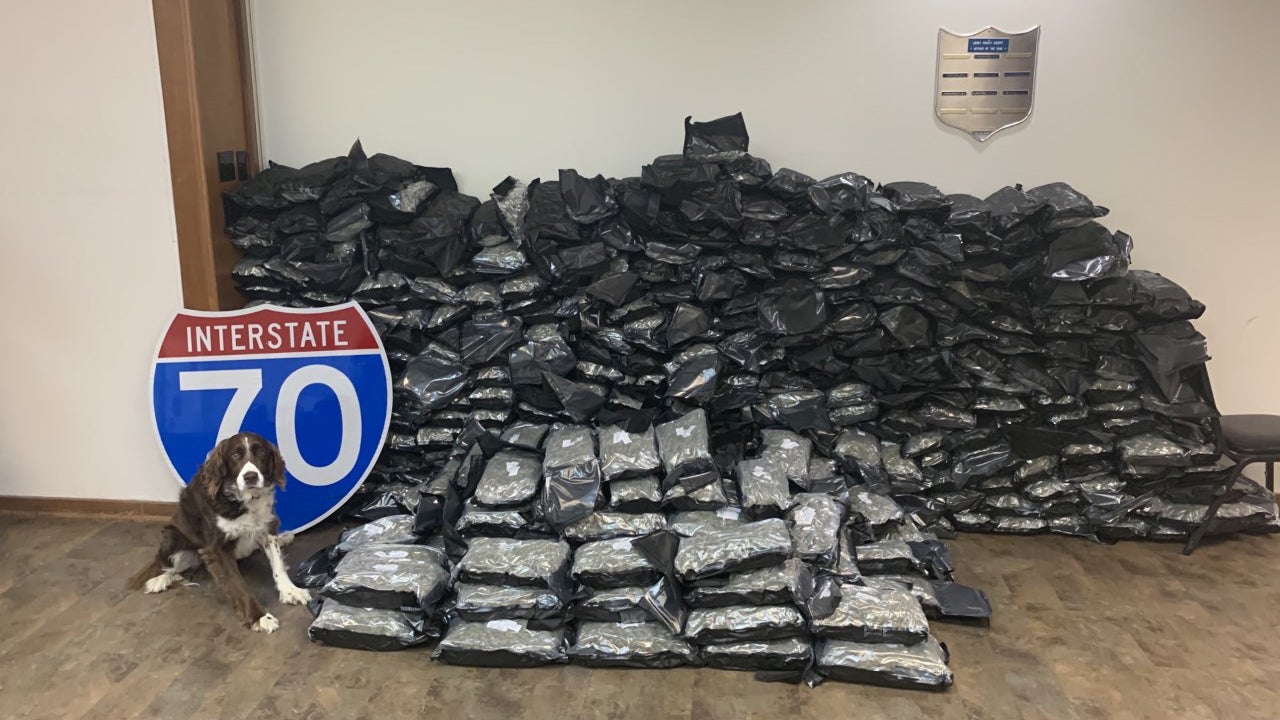 KNIGHTSTOWN, Indiana (WISH) – A Henry County Sheriff’s sergeant stopped a pickup truck for following another vehicle too closely on Wednesday afternoon along I-70 and found 400 pounds of vacuum marijuana.

Henry County Sheriff’s Office Sgt. James Goodwin around 1:15 p.m. Wednesday stopped the white 2021 Dodge Sprinter on eastbound I-70 about 2 miles east of the Knightstown exit for State Road 109, according to a press release from Pro-Active Criminal Enforcement of Hancock and Henry counties. .

“The driver had green leafy plants on his pants that looked like marijuana. The deputies also smelled a strong smell of marijuana coming from the vehicle, ”the statement read.

The marijuana was packed in 16 cardboard boxes in the van, police said. Pro-Active Criminal Enforcement shared a photo of the packages of marijuana next to an I-70 sign and a police dog named Manni from the Hancock County Sheriff’s Office.

Two men – Chas Brown, 27, of Baltimore, and Howard Stevens, 37, of Glenn Burne, Md. – have been arrested on charges of drug trafficking.

Recreational use of marijuana is illegal in Maryland and Indiana. However, in the United States, recreational use is legal in 18 states, the District of Columbia, the Northern Mariana Islands, and Guam.

Dogs Who Eat High Fat Snacks Are at Risk for Pancreatitis, by Lee Pickett