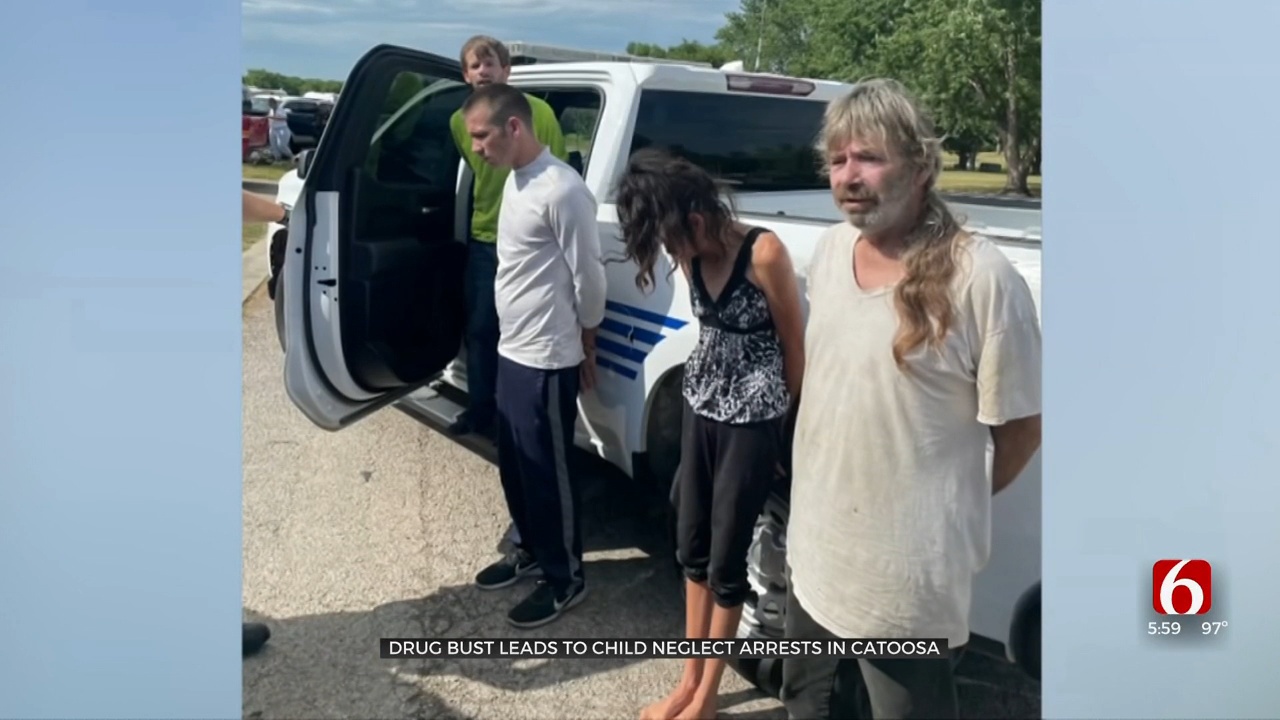 Investigators said two trailers in Catoosa were dirty and full of drugs, but what was worse was knowing that two little girls had to live in such horrific conditions.

A Rogers County investigator said it was one of the two worst cases he had seen in his career at the sheriff’s office.

Sheriff Scott Walton said drugs were being used and sold in the trailers, which were also dirty, smelled horrible and had neglected children.

There were two girls aged six and eight who lived there with several pets.

A neighbor said she never suspected something like this was happening near her home.

She said she was worried about a dog that was never allowed inside and other issues, but other than that it’s a quiet area that’s improving.

She said these little girls came often and said they were kind and sweet, and hearing this news breaks her heart.

“They’re really good little girls,” neighbor Monica Hodges said. “They would come to my house 2-3 times a week to hang out. I would give them ice cream and soda. You never know how the kids are treated or anything.”

“You have deplorable conditions,” Sheriff Scott Walton said. “The lack of all that is necessary and the abundance of all that is dangerous exposed to these children. By the grace of God, they are out of here today.”

Walton said these two children had a place to go as well as a puppy that lived there. He said he expected to see justice.

California canines recognized for recovery effort in Uvalde after shooting