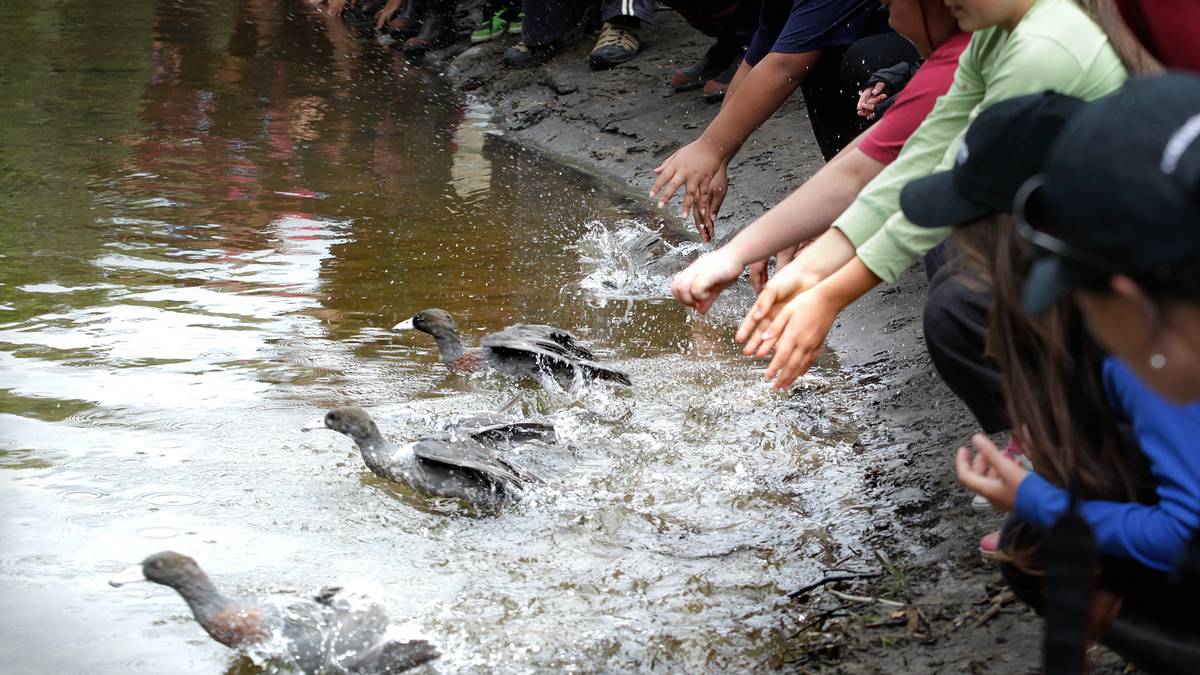 Blue (whio) ducks were released into the Manganui O Te Ao River in Ruatiti in 2014. Photo/NZME

Ruatiti Estate in Ruapehu District has been busy during the summer months, but one particular type of visitor makes a regular appearance, despite being banned.

Dogs are not permitted between the start of
December and late April because of blue duck (whio) breeding season, but estate caretaker Bruce Sandford said people still insisted on bringing them.

“They sneak them into their cars and caravans, and they don’t seem to understand that we have a lot of whios and kiwis, which we have back in the business after many years.

“If people keep bringing their dogs, we will lose them [the birds] again.”

Dogs are permitted on site the other seven months of the year, but must be kept on a leash.

Sandford said some landlords he met claimed to be conservationists but, in reality, they “didn’t care”.

“I don’t really have the power to do anything. I’m just the caretaker there and just trying to keep the place as clean as possible.

“People have been doing it for years, but this last Christmas seemed like the worst.”

Twelve whios, bred in captivity at the Pūkaha Mt Bruce National Wildlife Center in Wairarapa and Orana Wildlife Park and Peacock Springs Wildlife Park near Christchurch, were released into the Manganui O Te Ao River at Ruatiti in 2014.

The presence of a dog sitter recently hadn’t seemed to have much impact, Sandford said.

“We were lucky this year with whio. There were three families nesting near the swimming area, and there were seven chicks in all.

“People turn around and say their dogs have been trained for kiwi and things like that, but if they’re running free, who’s to know?”

The ranger had camped at Ruatiti for a week over the Christmas and New Year period and had spoken to many people staying there with dogs, a Ruapehu District Council spokesperson said.

“It turned out to be a mix of locals and people from outside the area.

“What we’re looking to do to make it simpler is to change the policy and ban dogs all year round.

“It still has to go through the council.”

The council has yet to receive a formal complaint about the situation with the dogs, he said.

Whanganui resident David Russell, who has camped at Ruatiti for about 30 years, said this summer season has been one of the worst in terms of general behavior.

It’s not just dogs that cause a problem, he said.

“Usually when people have the rules explained to them, they stick to them. This time it was different.

“The caretaker actually planted an empty section with native trees and put a row of rocks to keep people out. What does a group do? They push the rocks aside and drive their cars in there, crushing everything.

“They were planted for the benefit of all.”

How do you protect your pets during a snowstorm?

You don’t need to run marathons to run for health