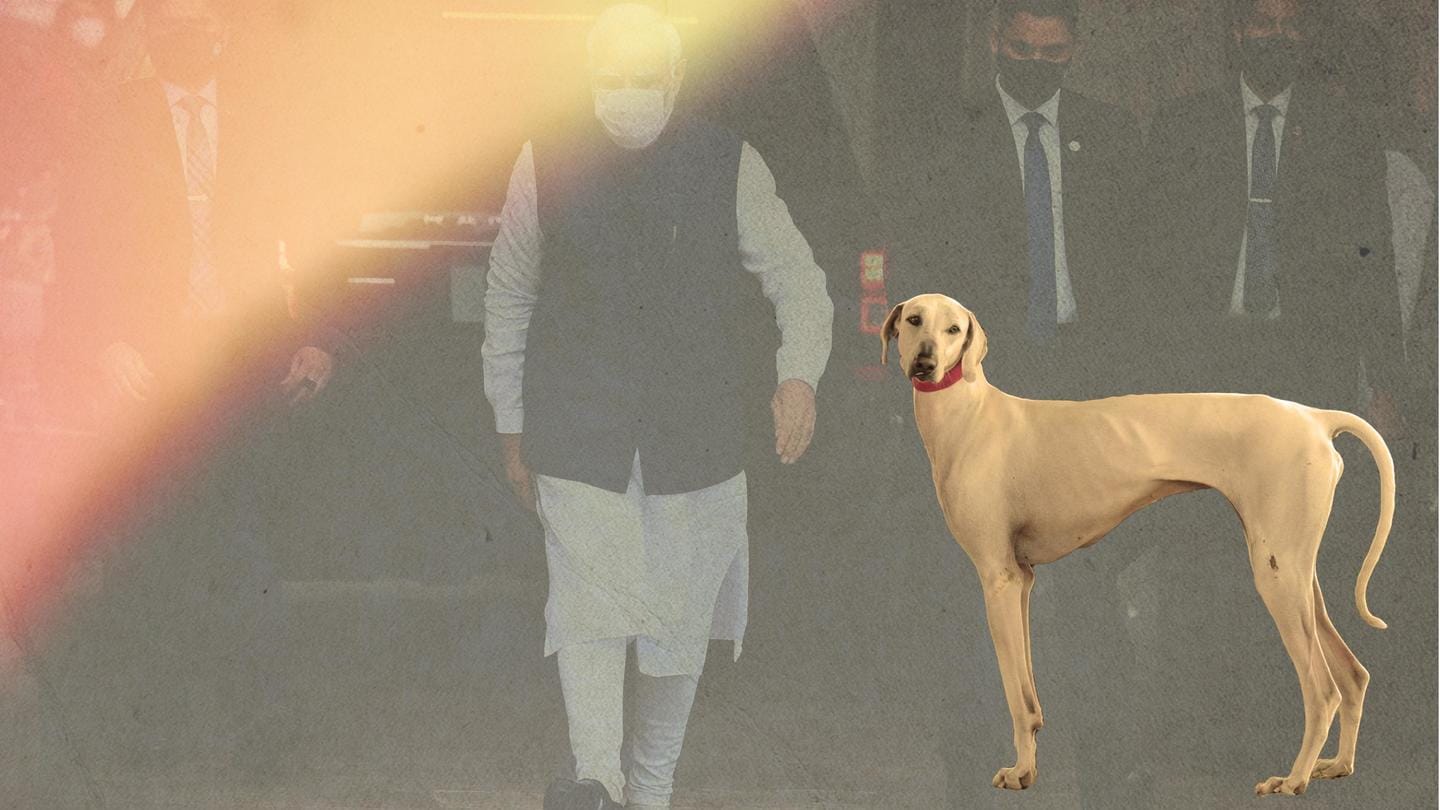 Desi dog breed will be included in Modi’s security details

Desi dog breed will be included in Modi’s security details

Mudhol Hound, an indigenous breed of dog from Karnataka, has been included in the Special Protection Group (SPG) team which is tasked with providing security cover to Prime Minister Narendra Modi.

He is the first Indian dog to be inducted into the army.

This breed is known for its loyalty, agility, hunting and guarding skills.

Here’s everything you need to know about it.

In April this year, SPG officials visited the Canine Research and Information Center (CRIC) at Thimmapur in the Bagalkot district of Karnataka.

They showed interest in the Mudhol Hound breed and chose two puppies for training.

Characteristics of the Mudhol Hound breed

This breed takes its name from the kingdom of Mudhol, whose rulers were the first to breed them.

These dogs weigh between 20 and 22 kilograms and can stand up to 72 centimeters tall.

They have a slim physical appearance and long legs.

They possess excellent stamina and agility as well as a keen sense of smell and sharp vision.

The Mudhol Hound has been recognized by the Indian National Kennel Club – a registry of purebred dogs in the country.

Mudhol Hounds are believed to have been first bred by Raja Malojirao Ghorpade of the Deccan kingdom of Mudhol.

He also presented these dogs to King George V during a visit to England, after which the breed received its name.

Their Role in the Indian Armed Forces

These dogs can see things from a distance, which makes them quite alert.

They were first trained in 2016, with Remount Veterinary Corps (RVC) teaching them to detect explosives.

The National Security Guard (NSG) also trains them to track enemy movements along the border.

The Central Reserve Police Force (CRPF) will also include them in its canine force.

The Mudhol Hound breed was first mentioned by PM Modi in 2018 during a gathering at Jamkhandi in Bagalkot district of Karnataka.

He had mentioned that “Mudhol pedigree dogs are coming out to protect the nation with a new battalion”.

During his 2020 Mann Ki Baat address, he says, “Among the Indian breeds, Mudhol hound and Himachali hound are of excellent pedigree.”