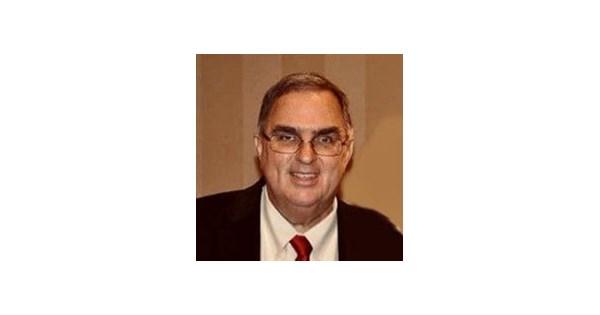 Dennis Henderson, age 68, died Monday, February 21, 2022 at Jackson-Madison County General Hospital after a prolonged illness surrounded by his loving family.
He was born on April 9, 1953 in Anniston, AL, to Earnest Wren Henderson and Louise Rutherford Henderson, one of four children. From the day he was born Dennis loved life. Always giving and sharing, he loved people and people loved him.
After graduating from Saks High School in Anniston, AL, Dennis received his civil engineering degree from Auburn University, where he was a member of the Kappa Sigma Fraternity – Beta Eta Chapter.
His awards and accolades are too numerous to list them all. He has served on many boards and in leadership positions including Jackson Energy Authority, WestStar, Delta Regional Leadership, American Red Cross, Carl Perkins Center for the Prevention of Child Abuse, State of Tennessee Board of Architects and Engineers, Jackson Chamber of Commerce, Downtown Development Corporation and was a founding member of Friends of Heart. The Jackson Exchange Club named Dennis Man of the Year in 2002 and he has been very active in local and state community development. He was instrumental in revitalizing downtown Jackson when he relocated TLM Architects and Engineers from North Jackson to downtown where he served as partner and president. Dennis’ last act of service was dedicated to the Shirlene Mercer Endowed Fund for Children on the Right Path (CORP) and served on the board until his death. He attended Englewood Baptist Church.
Dennis is leaving Mrs. Denise (Dee) Henderson of Jackson, TN to cherish his memory; mother, Louise Rutherford Henderson of Anniston, AL; daughters Amy Henderson Hall of Smyrna, TN, Lisa Henderson Veteto (Jimmy) of Collierville, TN and Kelly Barnes Prince of Murfreesboro, TN; grandsons, Ava Elizabeth Hall, Cy Henderson Hall, Avery Madilyn Veteto, Gavin James Veteto and Jonah Wren Veteto; Sister Patsy Henderson Young (Arthur) of Franklin, TN; Brother Brian Earnest Henderson of Anniston, AL; niece, Emily Morgan Moses (Justin) of Brentwood, TN; nephew Steven Wayne Smith (Kelly) of Las Vegas, NV; and two grandnephews and one grandniece.
He also leaves behind two special daughters at heart, Whitney Powers Webb (Chris) and her children, Marlee and Madison, from Jackson, TN and Robyn Elliott Brook (Tim) and their children, Oliver and William from Medina, TN. Dennis is also survived by four loving rescue dogs, Addie, Tucker, Lola and Sugar.
He joins his father Earnest Wren Henderson and sister Sandra Henderson Smith in Heaven.
Special thanks to Terry Drumwright, Darryl Bennett and Leslie Mills for being loving friends who have shown unwavering support throughout Dennis’ health journey.
In accordance with Dennis’ wish, he will be cremated without a visit or service to encourage all to remember him from where he crossed your path.
Dennis’ wishes will be remembered in lieu of flowers to the West Tennessee Healthcare Foundation’s Shirlene Mercer Endowed Fund for Children on the Right Path (CORP), 74 Directors Row, Jackson, TN 38305 or online at https://host. nxt.blackbaud.com/donor-form?svcid=renxt&formId=9d42a1f2-2b33-4b2c-95e5-86d20160d6ec&envid=p-bqM8Ilk7_keQl4UaHKwz_A&zone=usa.
Memorial contributions can be made here: https://joingenerous.com/arrington-memorial-dennis-hemnderson-w5pbv5w

how breeding for cuteness hurts dogs