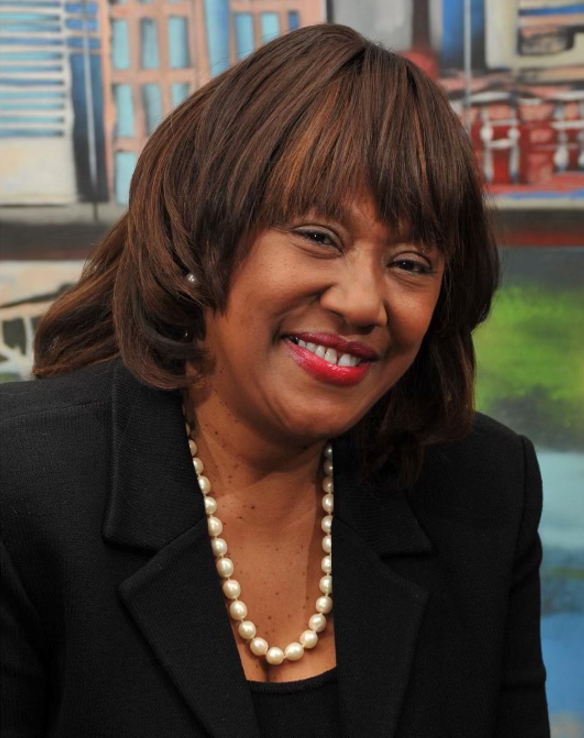 Nashville mourns the loss of Marilyn Robinson, one of the greatest community leaders.

Robinson passed away unexpectedly on Friday February 25 after a short illness. Originally from Memphis, Robinson made his home in Nashville for almost 40 years.

Robinson was born on September 10, 1955 in Memphis, Tennessee, the only child of the late Mrs. Mae Ola Robinson and the late Joseph Johnson. She is a graduate of Carver High School and Lemoyne Owen College in Memphis, where she received a bachelor’s degree in business administration and finance.

In these roles, she has supported countless business owners on their journey to scale their businesses, create jobs and generate wealth. She ran the One Fund, which provided access to capital for small and minority entrepreneurs. She provided technical support to business owners who needed to better understand the accounting and public procurement aspects of the company.

“She was one of the first women to bring my dream to life,” said Angela Mitchell-Hill of Nashville Nails and Salon Services by Na’Sah’s. “I was a student at TSU and I had this crazy dream of owning a nail salon. I was a girl from Detroit. She took the time to talk to me and tell me I could do it.”

Mitchell-Hill companies received their first business loan through the One Fund.

Showing her how to “be in business,” Robinson not only showed her the importance of business documentation, but also gave her an example of how to be a “strong and focused black woman.”

“Marilyn and the Minority Business Center provided our loan when we started our business,” said Stephanie Trail of Salon Nfuse. “We were trying to figure out how to open and we were looking for a small loan and someone recommended them to us. That’s how we finally met her.”

Marilyn and the Minority Business Center were instrumental in the success of Salon Nfuse. “When we started, they connected us to a lot of things, and if they didn’t know something, they could always connect us to someone who did,” Trail said.

In addition, for more than 35 years, Robinson coordinated the Minority Enterprise Development Week Conference, known as MED Week, as part of the national celebration of recognizing the contributions of minority businesses to the national economy.

Robinson’s passion for economic inclusion and justice was evident not only in her career but also in the way she lived her life. In addition to her role at the Minority Business Center, Marilyn has been active in the Nashville community and has championed and advocated for many of the economic prosperity measures being taken by the city.

Robinson’s perseverance led to the completion of two inequality studies in 1998 and 2018 documenting injustices in government procurement. From then on, she was instrumental in getting the Metro Council unanimously to pass historic equal opportunity legislation to remove the barriers for minority companies to compete in public procurement.

At the time of her death, Robinson was working with Sen. Brenda Gilmore to drive legislation to create a pilot program aimed at encouraging more government procurement from small and minority businesses.

When she wasn’t helping minority businesses, she was serving her community in other ways. Marilyn has served as president, board member and committee member for many organizations including Nashville Electric Service; Metropolitan Nashville and Davidson County Convention Center Commission; Leadership Nashville Class of 1999; AAA Residential Resources, Inc.; National Association for the Advancement of Colored People (NAACP), Nashville Chapter; and 100 Black Women Metropolitan Nashville Chapter, Inc. An enthusiastic and enthusiastic political connoisseur, she even served as a delegate for Al Gore in the 2000 presidential election.

At her death, Marilyn was a member of the Nashville Foundation for Women of Color, Inc.; and Music City (TN) chapter of The Links, Inc.

She has bestowed many honors on many people throughout her life and has received many awards for outstanding work, including receiving the Power of WE; First Trailblazers Award for Outstanding Contribution; Saint Mark Baptist Church Martin Luther King, Jr.; community service award; and most recently, on February 24, 2022, she received the Sam Howard Business Advocate Lifetime Achievement Award from the Urban League of Middle Tennessee.

“I’ve been reflecting on my 30-year friendship with Marilyn,” said Lethia Mann, her colleague and close friend. “I met Marilyn in 1991 and became Vice President of The One Fund in 2002. I admired Marilyn’s persistence. For decades, she continued to push for racial justice in government procurement, despite the opposition of the status quo. She believed in fairness. She believed black-owned companies deserved their fair share of government contracts.”

Marilyn Robinson will be missed by the Nashville community, her beloved Akita dogs, Buffy and Jody, her family and a multitude of friends and co-workers.

Treat your pet to one or more of these discounted items