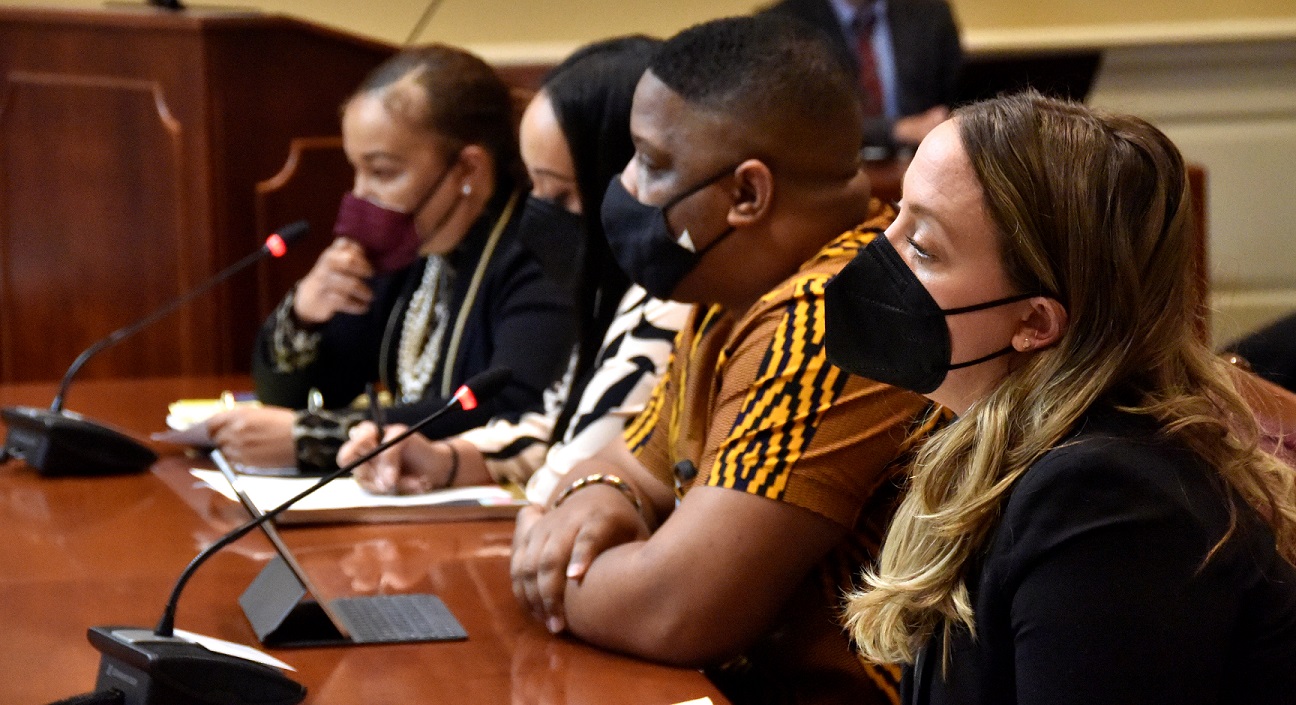 Bill aims to end the criminalization of cannabis

ANNAPOLIS, Md. — Tahir Johnson recalled when he traveled to Ocean City, Maryland, with his younger brother and teenage cousin to relax during his summer vacation.

Johnson, a college student who attended Howard University in DC in the early 2000s, was pulled over by police while driving a Lexus. When threatened by law enforcement that a police dog would “rip up” his vehicle to search for marijuana, Johnson told police he had a nickel bag of marijuana in his car.

“I haven’t been back to Ocean City since,” Johnson, of Upper Marlboro, said Thursday after testifying before the Maryland Senate Finance Committee. “I was on probation for a year for a bag of nickels. Fortunately, I am here working for the Marijuana Policy Project to end this criminalization of marijuana and fight for fair and inclusive policies for this industry.

Johnson and others testified at a more than hour-long public hearing on comprehensive legislation sponsored by Sen. Jill Carter (D-Baltimore City) that aims to create a legal recreational marijuana market.

It aims to ensure that underserved communities heavily impacted by drug war policies can benefit from the cannabis industry.

For example, the state would create a Cannabis Regulatory Fund to benefit and provide grants to small businesses owned by minorities, women, and veterans of the cannabis industry in the state.

At least 50% of the money raised would support businesses in the communities surrounding “a video lottery facility.”

Personal amounts of cannabis would not exceed four ounces with less than six cannabis plants for those aged 21 and over.

One of the most important features of the legislation, according to Carter and his supporters, would eliminate criminal penalties for cannabis offenses.

“It sets up civil penalties, not criminal ones,” said Carter, who admits she doesn’t like the smell of marijuana. But “this bill is a big step forward in ending the mass incarceration of black people.”

Sen. Brian Feldman (D-Montgomery County), who is also sponsoring a similar version of the House of Delegates cannabis regulations, asked about some language in Carter’s bill regarding the impossibility for the forces order to search or detain a person simply because of the smell of cannabis, possession or suspicion of having cannabis.

“If you found a body in the truck [of a vehicle]… would law enforcement be able to do something? Feldman said. “I just put that over there.”

Elizabeth Hilliard, deputy director of government relations at the Maryland Office of the Public Defender, summed up her response “with a legal response.”

Hilliard said that if a police officer pulls over a driver and only searches a marijuana-infused vehicle and finds a dead body, a police officer could use the “inevitable discovery” and point to a driver’s behavior as justification for a search.

“It would be a very fact-dependent circumstance that the judge would have to make a decision,” she said.

Meanwhile, the House of Delegates last week approved legislation allowing voters to decide in November’s general election whether to legalize recreational marijuana use and which would come into effect in July 2023.

Carter said he had just presented a referendum without a comprehensive answer to “fix the problem…to fix the damage done to black and brown communities, and if we don’t put that first, there’s really no reason to move forward with recreational legalization”. .”