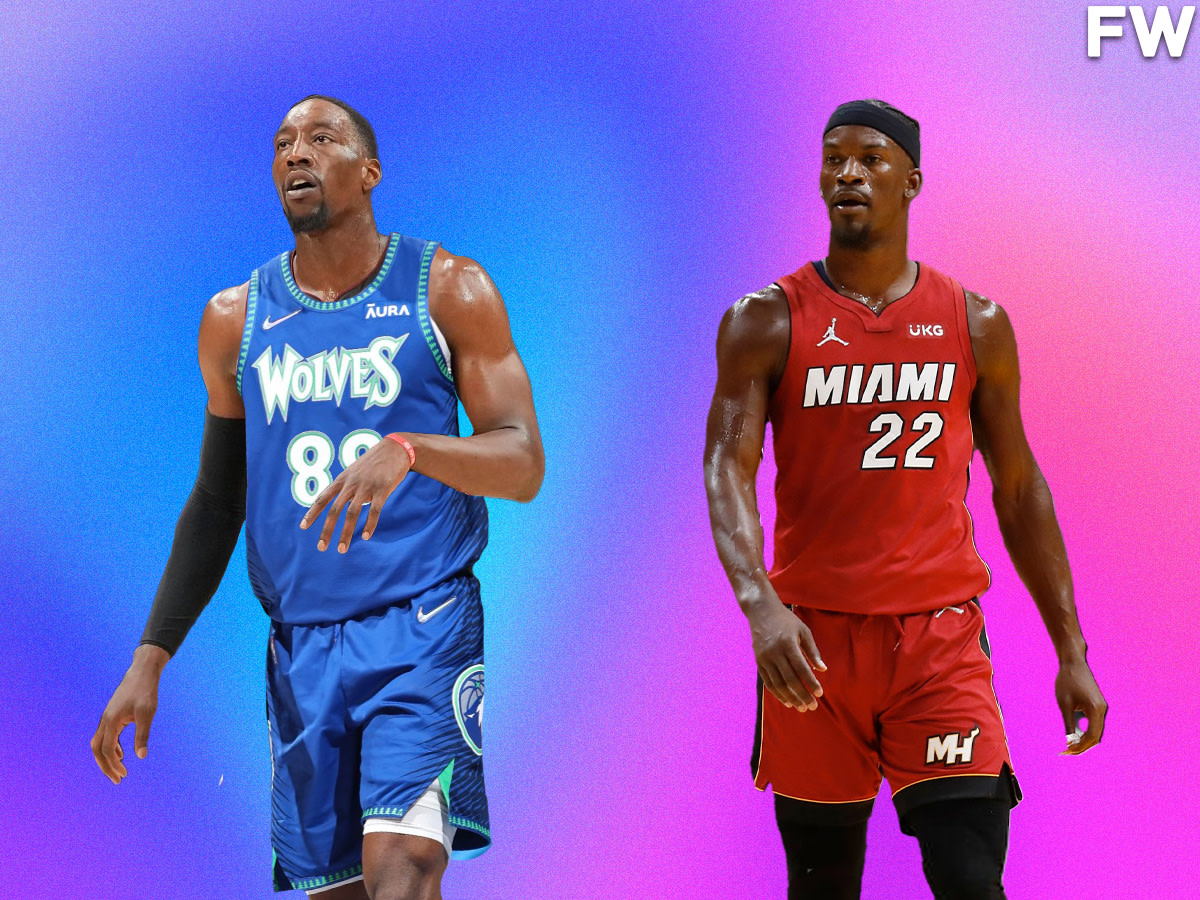 As the star big man revealed in ‘The Old Man & The Three,’ the Heat were considering trading him for Jimmy Butler of the Timberwolves.

Here are the details:

“It’s crazy because I almost got traded to Jimmy at Minnesota,” Adebayo said. “I almost got traded for Jimmy and Pat wouldn’t trade me. He was like, ‘No, I see something good in that kid’ and at that point, I’m sweating bullets. Like, I don’t Don’t try to get traded. I like Miami. It’s hot, I got my feet wet a bit, I know the place…”

Bam was still just a role player in 2018, averaging single-digit points with minimal playing time. It would have made perfect sense to trade him for an established star like Butler.

In hindsight, it’s probably good that Pat Riley decided against it.

Just months after Butler was traded to Philadelphia, he found himself back in Miami on a massive four-team deal over the summer.

“We kind of figured out who Jimmy was,” Adebayo said of Butler. “We knew Jimmy was a jerk at the end of the day. We all know that. But, like, this culture embraces that. We want you to bring that jerk out so on the court, we all five people who are like dogs. We want all five of you to be holes because then you’re not going to take shit and we won’t back down from anyone.

At the same time, Bam has become a real stallion. During the 2019-20 campaign, he averaged 15.9 points, 10.2 rebounds and 5.1 assists per game on 55% shooting. That was enough for him to make his first-ever All-Star appearance.

That year, the Heat also made it to the NBA Finals and led the Lakers to 6 games. Now, as they approach their third playoff series, they hope to finish the job and finally win the title.

To think, none of this would have even been possible if Pat Riley and his team had made the choice to leave Bam Adebayo before he was even a star.