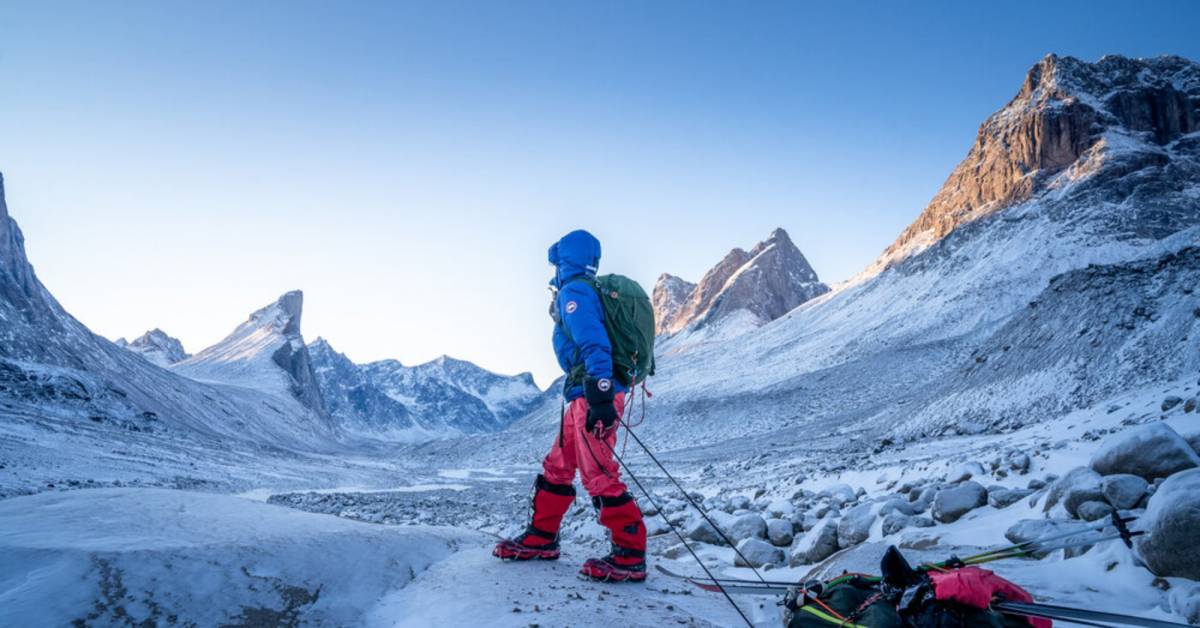 From inspirational to tragic, this is GearJunkie’s round-up of the week’s exploration and adventure news. Here’s what you missed and a few things to look forward to.

On February 22, two Canadian adventure athletes began their 684-mile ski traverse of Ellesmere Island. The experienced team of Ray Zahab and Kevin Vallely plan to complete the trek entirely unaided and within 40-50 days.

If successful, they will be the third contingent to travel the length of Canada’s northernmost island, but the first to do so in a style so minimalist according to ExplorersWeb. It’s been 30 years since anyone has attempted the Ellesmere Island Ski Crossing.

A 22-year-old Brit is doing well in his #17marathons17days charity challenge Alzheimer’s Research UK Louis Alexander wants to raise £17,000 in memory of his grandfather, who lived with dementia for 17 years, and he plans to do so by – you guessed it! — Run 17 marathons in 17 consecutive days.

On February 27th he had completed his 12th marathon; that’s 70% to completion, but the charity pot isn’t quite as full. You can support Alexander’s efforts from anywhere in the world by donating to his JustGive fund.

An arrest warrant is pending for the former Krabloonik dog sledding musher Paul Staples after evidence of animal cruelty surfaced last month. “In the video, Staples kicks a dog, pushes the dog to the ground, ‘uses a hammer fist’ and ‘stomps’ on the dog and ‘lifts (the dog) up slightly before slamming (the dog) to the ground ,’” reported The Snowmass Sun.

A recent survey of the nearly 200 dogs kept in Krabloonick found numerous widespread health issues and violations of the Pet Animal Care Facilities Act. It’s not the first time Adventure Travel has come under fire for animal cruelty and negligence. Authorities first intervened in 2015; In 2017, they accused select Krabloonick employees of multiple counts of animal cruelty.

Understandably, many in the Aspen Snowmass community do not believe that the Paul Staples incident is an isolated incident. It has prompted some to call for Krabloonik to be shut down. “The closure of this inhuman facility is long overdue. These beautiful animals should be released from the prison they are in, found a loving home and the entire facility closed permanently.” wrote a community member.

On February 25, two major climbing organizations canceled all events planned for Russia. It affects the last two competitions of the 2021/2022 UIAA Ice Climbing World Cup season as well as the IFSC Moscow Bouldering and Speed ​​World Cup. The decision is made in step with the Appeal of the IOC for international associations to move events from Russia or Belarus to other host nations.

#RideforUkraine is a humanitarian aid initiative organized by Czech cycling training company ROUVY. Launched on February 25th, the campaign will run indefinitely and is open to anyone with one indoor bike trainerwheelset and the ROUVY app.

Accordingly bike rumor, ROUVY donates 1 euro to UNICEF’s Ukraine fund for every cyclist who completes a short virtual ride through Kyiv. Learn more at the Ride for Ukraine challenge page.

Looking ahead, the World Surf League MEO Pro Portugal Ripcurl Tour is just around the corner. Breakwater like a 50 year old GOAT Kelly Slater will be boarding from March 3rd for some of the best waves north of the equator. Watch live coverage, interviews and recaps on worldsurfleague.com.

And the 30th US Extremes Ski Championships is coming to Mount Crested Butte this week. From March 3rd to 6th, average powder boys can hit the slopes and have a few beers with some of the world’s best freeskier. This year’s wild riot is being organized by the Snow Sports Foundation, which means proceeds from ticket sales and donations support local youth snow sports programs. Check out the planned reunion weekend and buy tickets here.

The Expedition Overland Team takes us on a great Alaskan adventure

The Expedition Overland crew is back in The Last Frontier, a new series that takes three Overlanding Toyotas into the Alaskan wilderness. Continue reading…