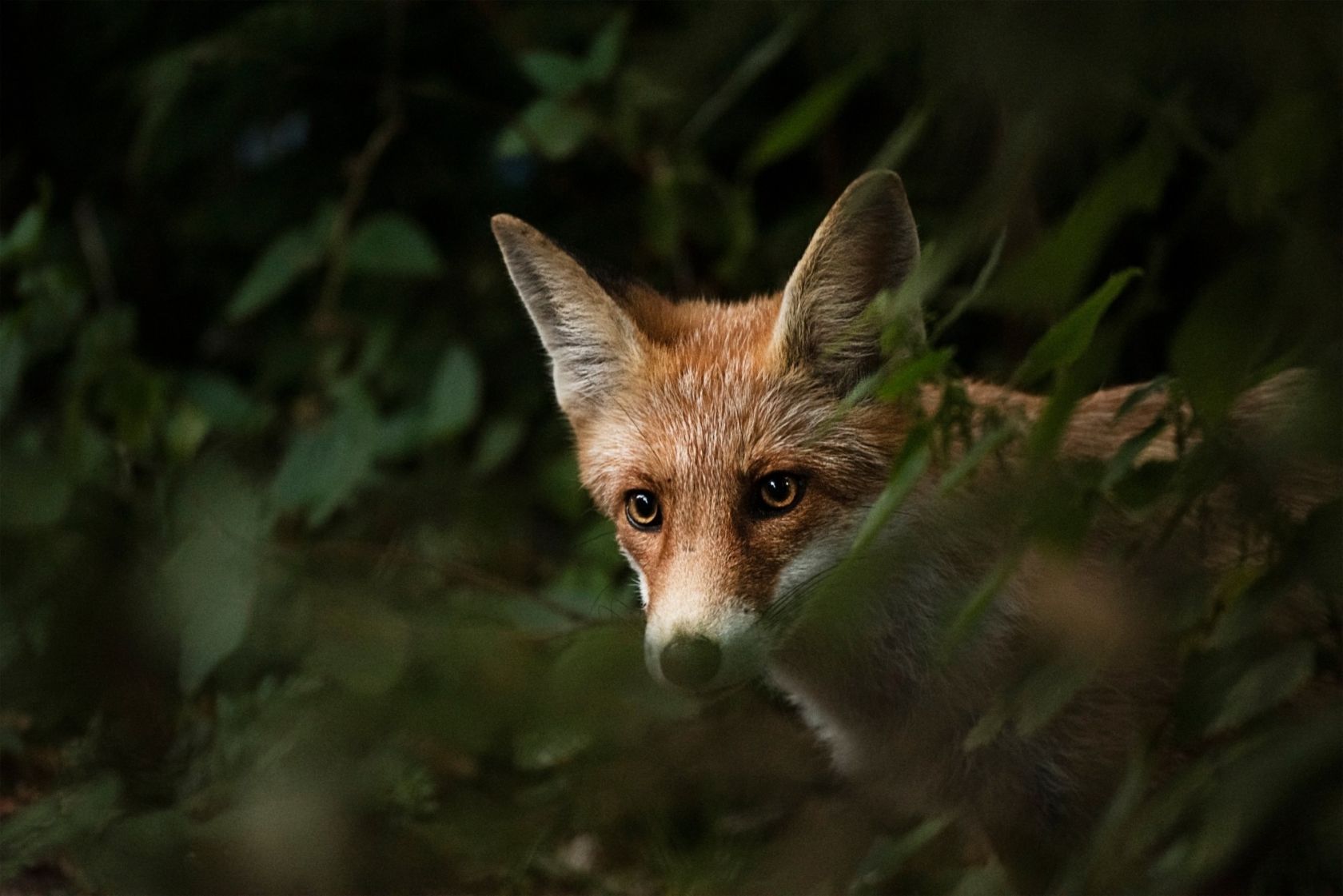 For the second time now I have seen a fox (Vulpes vulpes) in my garden – the first time it snuck around drinking water from the saucers of my plants last year and it had the audacity to stand and look at us, as if we were the intruders, before taking off. Yesterday my dogs went into overdrive when another fox had the nerve to show up over our tank, and I don’t know who was more surprised, him, the dogs, or ultimately me.

They are easy to recognize. Small/medium in size with a pointed face, black-edged ears and legs and usually a reddish-brown color with a white belly and a long white-tipped bushy tail, with very little difference between the sexes, apart from the obvious… uh… male parts, which I have not had the opportunity to check!

I don’t know why I would be so surprised to see one – after all, foxes can be found all over Portugal living mainly in forests and agricultural areas and have been known to venture into towns and villages to foraging, and as I live in a rural area we get our share of wild animals – rabbits, hares and wild boars – and of course also foxes.

The fox is an opportunistic animal and is one of the most common carnivores in the northern hemisphere and will eat almost anything.

Although primarily carnivorous, the fox is actually an omnivore and adapts its diet to available resources, which will include mice, rabbits, birds, reptiles, snakes, insects, and amphibians. In the absence of these food sources, it will eat eggs, fruits, berries and even dead animals (which performs an important service to the ecosystem).

This opportunism has caused foxes to be associated with cunning and cunning, but it is thanks to this trait that the fox is such a resilient animal in nature and can maintain its numbers.

A male fox is called a hound, the female a vixen, and young foxes are called pups, cubs, or kits. They reach sexual maturity at the age of one year and have a lifespan of 3 to 4 years. Four or five cubs are born to a litter after only 52 days of gestation and are born blind with a dark brown coat, very different from their later coloring.

The cubs mature quickly and can be seen emerging from the den as early as 3-4 weeks after birth, but if the parents sense danger they pick up the cubs by the scruff of the neck and move them to another part of the den. den or another nearby and may move them several times during the breeding process.

Did you know that the fox and the Iberian wolf (Canis lupus signatus) are the only two wild canids naturally present in Portugal? They are, however, animals with different behaviors: wolves hunt and live in packs, while foxes hunt alone and are less social, but can live in small family groups of up to four females and one male.

Foxes can be found throughout mainland Portugal in mountainous or rural areas, and prefer to inhabit forests, scrub, grasslands and planted fields, but are smart enough to hunt near villages, near crops and livestock where pickings can be good – even dumps, where they will scavenge through trash for food. They can adapt to less hospitable terrain if necessary, including deserts or tundra.

They can travel up to 10 km per day to hunt and defend their territory, with a keen sense of smell to locate their prey. To protect what they have caught, they bury food in holes and return to these places if necessary. They hide in their dens, whether they dig themselves or steal from other animals.

They have a conservation status of “low concern” both in Portugal (Red Book of Vertebrates) and abroad (Red List of IUCN – International Union for Conservation of Nature).

But be warned, the fox isn’t a cute little orange dog, he’s a wild, nimble, adaptable and curious eating machine with a Houdini-like ability to escape when the going gets tough.

California canines recognized for recovery effort in Uvalde after shooting